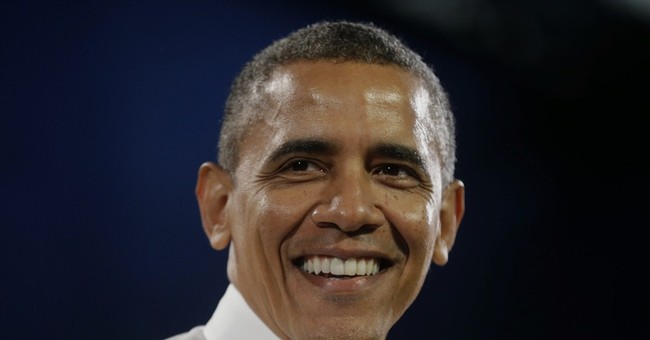 Hey, remember the IRS scandal? You know, when the IRS specifically singled out conservative tea party groups for extra scrutiny and bullying in order to squash opposition to Barack Obama going into the 2012 presidential election? Remember when President Obama said he was outraged to find out the IRS had been abusing its power to intimidate those who disagree with the administration politically? Yeah...about that.

Last week during an interview with MSNBC's Chris Matthews, President Obama pretty much dismissed the scandal as faux outrage from conservative groups because they were "on a list."

OBAMA: That’s not — that’s not something that’s reported about. If, on the other hand, you’ve got an office in Cincinnati, in the IRS office that — I think, for bureaucratic reasons, is trying to streamline what is a difficult law to interpret about whether a nonprofit is actually a political organization, deserves a tax exempt agency. And they’ve got a list, and suddenly everybody’s outraged.

At one point President Obama claimed he was outraged, but his interview with Matthews reveals it was all an act after his administration got caught (again) abusing its power in order to get him safely re-elected. As a reminder, that "list" Obama is referring to included more than 500 groups that were singled out for the following:

Over to you, Kim Strassel: