An Update on Operation Fast and Furious 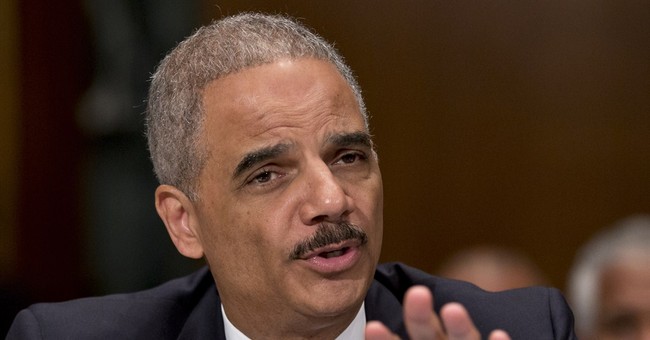 Over the weekend, two big news items regarding Operation Fast and Furious were released and you should know about them as the scandal continues to develop.

Late Friday night, the wrongful death lawsuit against the government from the Terry Family was dropped in federal court. As a reminder, Border Patrol Agent Brian Terry was killed in December 2010 and guns from Operation Fast and Furious were left at his murder scene. In their case against the government, the family argued, "ATF's failures were not only negligent but in violation of ATF's own policies and procedures," leading to his murder in Arizona's Peck Canyon. Violations of policies and procedures included allowing 2500 semi-automatic rifles to "walk" into Mexico and into the hands of violent cartel members. More from CBS Investigative Reporter Sharyl Attkisson:

Brian Terry family re: its case against federal govt: "The court tonight granted the Defendants’ motions to throw our case out of Court."

Terry family: Court’s reason for ruling against us is the rule that if the victims had received compensation from another govt. statute...

..then they can’t bring this type of claim. The Court found that Congress money given to families of fed. law enforcement officers killed...

...in the line of duty and federal worker’s comp law bars an award in this case.


Also late Friday night, Attorney General Eric Holder issued a motion to appeal after U.S. District Court Judge Amy Berman Jackson ruled in September she will not dismiss contempt and executive privilege lawsuits against the Justice Department. Department of Justice attorneys argued the lawsuits should be dismissed on grounds the judiciary has no business getting in-between Executive branch and Legislative branch disputes. Jackson disagreed with their argument. As a reminder:

“This case presents the sort of question that the courts are traditionally called upon to resolve,” Jackson said in her 44-page decision, issued more than five months after lawyers argued the issue in her packed courtroom and more than a year after the House committee filed suit. “Dismissing the case without hearing it would in effect place the court’s finger on the scale, designating the executive as the victor based solely on his untested assertion that the privilege applies,” she wrote.

Holder is hoping to get the case in front of the U.S. Court of Appeals for the D.C. Circuit, which is sympathetic to the Justice Department and the Obama administration. From POLITICO:

The new motion asks Jackson to allow the U.S. Court of Appeals for the D.C. Circuit to weigh in on that question before the case continues.

"Absent settlement (which depends on the willingness of both parties to achieve a negotiated resolution), or an immediate appeal, this Court will proceed toward deciding the scope of the President’s assertion of Executive Privilege in response to a congressional demand, and will do so absent a definitive ruling from the Circuit that such a novel judicial inquiry, in a suit instituted by a Committee of Congress, is appropriate under the law, including the Constitution," the DOJ motion argues.

"The very experience of participating in such proceedings will cause harm—to the Defendant, the Executive Branch, and the separation of powers—that cannot be reversed if the D.C. Circuit ultimately rules in Defendant’s favor on the threshold questions presented," the motion says. "In light of the harm to the separation of powers that such an adjudication would entail, including the impact of such proceedings on the negotiation process between the political Branches—a process that has generally proceeded without judicial involvement since the inception of congressional oversight—Defendant’s jurisdictional objections should be resolved by the Circuit before this Court takes such a momentous step."


We are still waiting for a ruling from Jackson about whether President Obama's executive privilege over Fast and Furious documents, a program he claims the White House had nothing to do with, will stand.