Democrats: Meh, We Won't Be Apologizing to People for Mass Insurance Losses 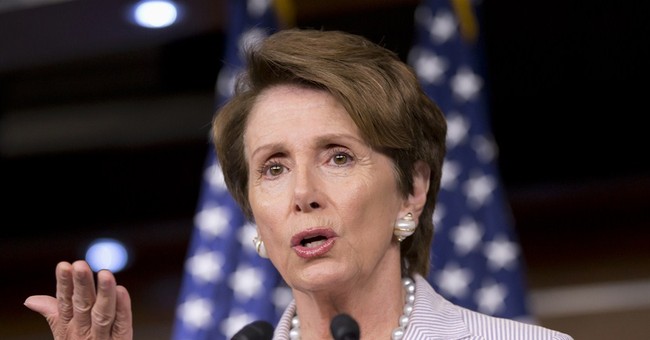 Although President Obama deserves the majority of the blame for the disaster known as Obamacare, Democrats who voted for the legislation back in 2010 should also be held accountable for the law's destructive consequences. At the very least, President Obama issued a non-apology apology last week in response to millions of Americans losing their health insurance plans after stating for years that if they liked their plans, they could keep their plans, period. But House Democrats, including former Speaker Nancy Pelosi, aren't interested in doing the same. More from the Weekly Standard:

"I don't think there's anything for us to apologize for," said [Rep.] Clyburn.

"There is nothing in the Affordable Care Act that said that your insurance company should cancel you," said Minority Leader Pelosi.

In fact, the Affordable Care Act says that plans created after March of 2010 must be cancelled, and the law also gave the administration the authority to write regulations that forced the cancellation of some policies that existed prior to March 2010.

"Did I ever tell my constituents that if they liked their plan they could keep it?" Pelosi asked. "I would have if I'd ever met anybody who liked his or her plan. But that was not my experience."

"As far as the Affordable Care Act is concerned, what the president said was completely accurate," Pelosi said.

As a reminder, "We have to pass the law to find out what's in it." Three years later and we've found out that the law makes millions of health insurance plans illegal under Obamacare, something House Democrats knew when they voted for it.