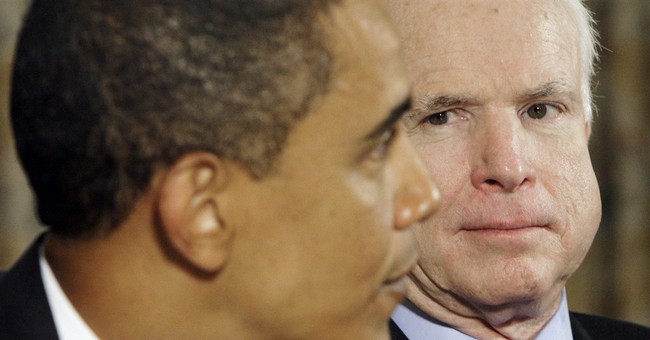 Great news everyone. The Gang of 8 "comprehensive" immigration reform package is turning out just like every other gigantic bill the Senate passes: chock full of pork.

After a comprehensive immigration bill passed the Senate in June, President Obama says he's "absolutely confident" it can pass the House if put to a vote.

But critics question how many lawmakers have actually read the 1,200-page bill, which they say is packed with hidden pork-barrel spending projects ranging from $1.5 billion for a "Youth Jobs Program" to millions for immigrant support groups that some say have a political agenda.

"Earmarks, special pork deals, and cash for groups allied with the Obama administration should be eliminated from any final bill," Sen. Rand Paul, R-Ky., said in a statement to FoxNews.com.

The largest program FoxNews.com found with tenuous ties to immigration is on page 1,181 of the Senate bill, which allocates $1.5 billion for a "Youth Jobs Fund" to give states money to "provide ... employment opportunities" for teens and young adults.

As Congress gets back from their long August recess next week, the details of the Senate's Gang of 8 legislation will be front and center in the House and members prepare their own version of an immigration overhaul. Surprisingly, illegal immigration wasn't a hot topic as expected at August town hall meetings.

He's precisely the kind of GOP lawmaker immigration advocates said they would target over the August recess, when members of Congress return home for the longest stretch of the year.

But at a local Chamber of Commerce breakfast meeting and a Rotary Club luncheon on Thursday, immigration was never mentioned.

Speaker John Boehner has vowed border security will come before any type of amnesty plan for illegal immigrants.