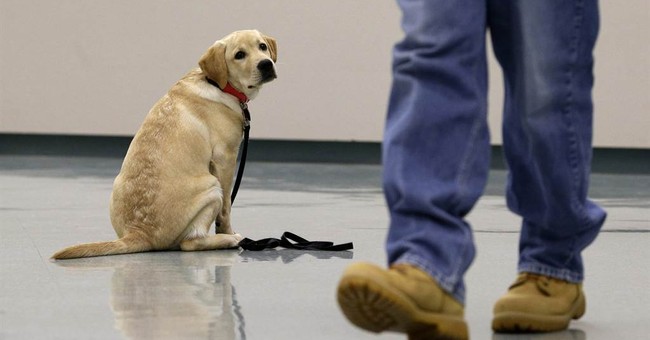 While disabled veterans, many with severe brain injuries and post-traumatic stress, continue to wait for compensation, Veteran's Affairs bureaucrats are raking in the dough.

Staffers in the Department of Veterans Affairs have been reaping millions of dollars in bonuses despite a huge backlog of cases that has veterans waiting hundreds of days for compensation.

The bonuses were reported Monday by journalism project News21, whose findings were published in The Washington Post.

The report said that in 2011, more than two-thirds of claims processors received a total of $5.5 million in bonuses. That same year, the backlog of claims swelled by 155 percent.

Veterans who file a disability claim today will have to wait for a year or longer to get the benefits they earned and need. Only in the government can you receive a bonus while wounded veterans wait for their compensation and major backlog problems continue. Back-long claims are sitting at nearly 600,000. These aren't just numbers, these backlogs have real life, serious and long-term consequences for veterans and their families.

Michael "Mickey" Flynn D'heron waits for the VA on his backyard patio.

Between his small brick home and the sound wall that barely cuts traffic noise on busy Memorial Parkway, he bides his time, drinking Miller Light and smoking Pall Malls. He's waiting for the Department of Veterans Affairs to compensate him for the demons he brought home from Iraq.

"I'll tell you the truth. I never believed in mental illness," says D'heron, a city firefighter and former Army reservist. "Never. I always thought that you suck it up; deal with it. And then this."

D'heron, 32, served from 2008 to 2009 as a military police officer in two of Iraq's most violent cities during heavy combat after a surge of 20,000 American troops into the country in 2007. Now he spends nights outside on his patio, wrapped in a heavy blanket, hunkered down in an office swivel chair, isolated from his wife, Jennifer, his newborn son, Liam, and a stepdaughter, Kayla, 7, who puzzles over dad's "Army sickness."

"It's like he's not even part of the family most of the time," Jennifer says.

He filed his disability claim March 7, 2012. President Obama and VA Secretary Eric Shinseki say veterans should wait no more than 125 days for a resolution. As of Wednesday, D'heron will have waited 463 days.