Are You Ready For....President Joe Biden? 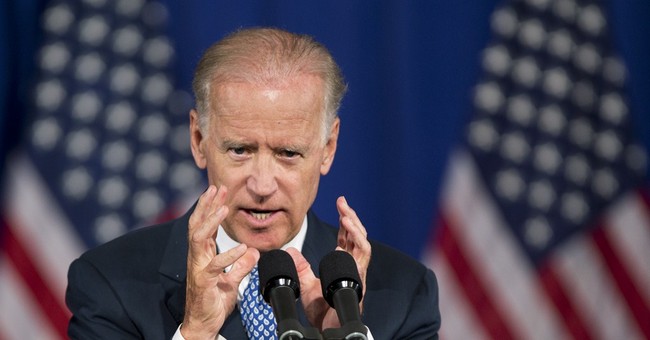 It's happening, folks. Vice President Joe Biden and his team are making serious (I know, using "serious" and Biden in the same sentence makes no sense) preparations for a Biden 2016 presidential run.

Political allies of Vice President Joe Biden have concluded that he can win the 2016 Democratic presidential nomination—even if Hillary Clinton enters the contest—and are considering steps he could take to prepare for a potential candidacy.

While Mr. Biden has made no decision about his future, people familiar with his thinking say, he hasn't ruled out a bid for the White House. If he runs, that could set up a titanic battle between two of the party's most prominent figures.

So, who will Obama endorse? Supposedly, the Obama's have a deal with the Clintons to endorse Hillary, but of course Obama chose Biden as his VP, which by default means Obama thinks Biden is qualified to be president in the event he could no longer serve.

But can Biden win? Especially against Hillary? Ed Morrissey doesn't think so:

Putting aside Biden himself, let’s test that hypothesis.  Sitting VPs actually have a rather poor record of success following two-term Presidents who serve out their entire terms of office.  The only sitting VP in our lifetime to have won election in his own right without having taken over the presidency due to the death of his predecessor was George H. W. Bush.  Al Gore failed, and so did Richard Nixon in 1960, although he won in 1968 and 1972, and Hubert Humphrey lost that 1968 election to Nixon. Before that, one has to go back a long way to find success — all the way back to Martin Van Buren.  Even apart from successive elections, VPs have a poor track record in presidential elections — Gore, Walter Mondale, Humphrey, and Gerald Ford all lost.

Now consider Biden himself, his propensity for gaffes, and his track record of plagiarism and failure on the presidential-campaign trail.  That’s not a resumé that would lead anyone to guess that Biden will be an exception to this historical trend, and neither is his age.  He’ll be 74 years old in 2016, hardly a magnet for the youth vote.

If anything, should Biden decide to run, the 2016 Democratic primary will be entertaining.