Should We Bring Ebola Patients Back to the States? Dr. Ben Carson Responds 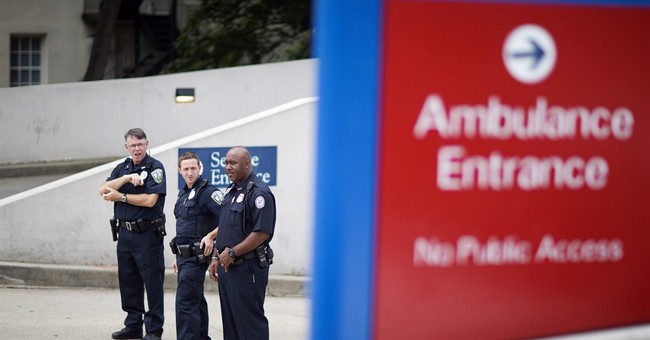 As Ebola cases continue to pop up across western Africa, many are beginning to wonder just how big of a threat this deadly virus is to the rest of the world. So far, two infected Americans have been flown to Atlanta’s Emory University Hospital for treatment. But was it a smart decision to bring these patients back to the U.S.?

The Ebola virus has killed more than 700 people in Africa and could have catastrophic consequences if allowed to spread, world health officials say. So why would anyone allow infected Americans to come to Atlanta?

The answer, experts say, is because Emory University Hospital is one of the safest places in the world to treat someone with Ebola. There's virtually no chance the virus can spread from the hospital's super-secure isolation unit.

And another thing, they say: medical workers risking their lives overseas deserve the best treatment they can get.

Dr. Ben Carson, a top physician having served as the director of pediatric neurosurgery at Johns Hopkins University and Hospital, expressed his concern today to Newsmax TV.

Carson began by explaining that with proper treatment, the mortality rate of Ebola is actually lower than many may think. "Ebola is a terrifying disease. If you don't treat it, close to 90 percent of people will die. A lot of people think that's just the case in general, but in fact, with adequate treatment, you get closer to 50-60 percent. I'm sure with more experience with [the virus], we'll get better than that.”

Although the CDC may be equipped to handle Ebola patients, Carson warned against bringing the disease back to the states. "I'm a little concerned that we're bringing it back here. I think we have the ability to treat it in other places. The reason I would be concerned with bringing [patients back to the U.S.] is because it's transmitted primarily through bodily fluids. ... It can actually survive outside of the host for several days at least."

Instead, he suggested that we send professionals to address the problem at the source. "Why do we even risk such a thing when we can send experts elsewhere? We can send a plane equipped to handle this. ... I would certainly treat it where it is, use our expertise, and then once we've cured the individuals, bring them back with open arms."

"[The risk] is very real, it's a highly contagious disease and all it requires is some infractions in procedures and all of a sudden, you have got more spread. And that's what I'm afraid of."

Doctor at NYC hospital where man is being tested for Ebola says "odds are" he does not have the disease: http://t.co/TW2fFmyVDW

The World Bank and the CDC have pledged to send aid:

RT @CDCgov: In next 30 days,CDC to send 50 #CDCEIS officers to 3 Ebola-affected countries to help them est. emergency op. centers. #CDCchat

Controlling, superior What Me Worry attitude in some media outlets just as dangerous as panic. Be smart about Ebola, educated, aware.