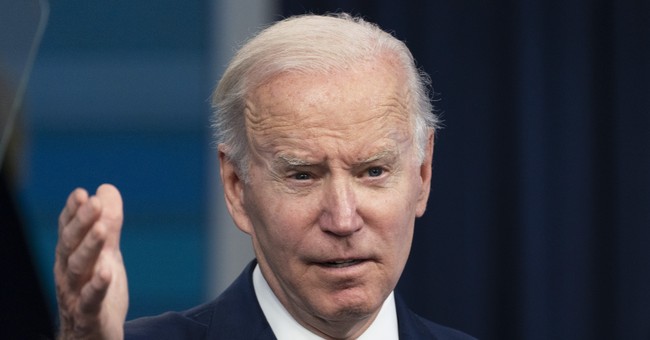 The clownery from the Biden administration continues to be exposed as their attempt to solve historically high gas prices ran into a roadblock because of the ongoing chip shortage.

The Washington Post reports administration officials were looking at sending out rebate cards to millions of drivers to help them pay at gas stations but shortage in the chip industry would make it hard to produce enough rebate cards for all drivers in the country. On top of the lack of materials for the cards, such a move would likely need approval from Congress, which would be reluctant to spend even more money as it would only serve to worsen inflation:

"White House officials also fear there would be no way to prevent consumers from using them for purchases other than gasoline, according to another person familiar with the discussions."

"Biden aides have also looked in recent days at invoking the Defense Production Act to move diesel and other refined products should localized shortages materialize, two people familiar with the matter said. Diesel prices have risen markedly, posing a major threat to the nation’s trucking and shipping industries, although experts say shortages appear to remain unlikely for now."

Today, the average price for a gallon of unleaded gas stands at $5. States with the prices above the national average include California, Nevada, Washington, Oregon, Arizona, Alaska, and Illinois. Gas prices were on the rise prior to Russia's renewed invasion of Ukraine in February, though the impact of the war has contributed to the increase of gas prices. The Biden administration's approach to lessen the country's reliance on fossil fuels have also impacted overall energy costs.