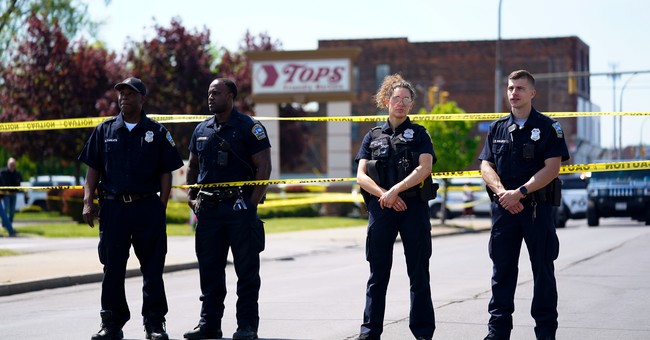 MSNBC guest Dr. Erroll Southers told host Nicolle Wallace on Tuesday that the current Republican Party must be viewed as a domestic terrorist organization whose danger to the nation is akin to the 9/11 highjackers.

Southers also erroneously blamed the majority of all murders in the country on white supremacists.

Wallace asked the University of Southern California professor how the government should respond to "extremism and these radicalized views that Donny said do represent a minority of modern self-identifying Republican white men, but a sizable number of them."

"My guidance is that we have to treat it as the terrorist threat that it is. You know, we rallied on 9/11. There was no question about what the country was going to do. We are facing the same threat, and we need to go one step further...We should label them the domestic terrorist party," said Southers.

"If we look at the last decade of data...Between 2010 and 2019, white supremacists were responsible for 78 percent of the murders in America. In 2018, we had 50 extremist murders in America, they were all committed by right-wing extremists. It's time for the president to do what he was going to do when he announced the plan for the counterterrorism efforts in the country if he got elected," he continued.

"My guidance is that we have to treat it as the terrorist threat that it is. We rallied on 9/11. There was no question about what the country is going to do. We are facing the same threat... We should label them the domestic terrorist party" - @esouthersHVE w/ @NicolleDWallace pic.twitter.com/maBOzGOUjp

Today’s discussion was regarding extremism. If I misspoke and said “murders” and not “extremist murders,” that was an error and here is the data I was referring to. Thank you. https://t.co/ZmAAGN6ysj pic.twitter.com/kkWUmqDpGI