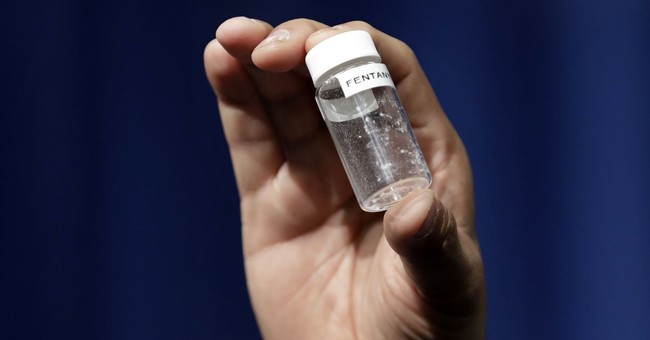 U.S. Customs and Border Protection (CBP) announced on Thursday Border Patrol agents and Customs officers have seized more than 2,700 pounds of fentanyl in only the first three months of fiscal year 2022 as the crisis on the U.S.-Mexico border continues unabated.

The large seizure of the extremely dangerous drug, which only takes 2 milligrams to induce an overdose, in only three months means CBP is on pace to overtake the amount that was seized in fiscal year 2019, 2,804 pounds, and fiscal year 2020, 4,791 pounds.

Fiscal year 2021, which includes the year Joe Biden became president, CBP officers and agents confiscated a whopping 11,201 pounds of fentanyl. Goes without saying, but the seizure totals does not include the thousands of pounds that were successfully smuggled and distributed across the United States.

CBP agents and officers seized more than 2,700lbs of fentanyl during the first three months of FY22.

Over 100,000 Americans died from drug overdoses between May 2020 to April 2021, with fentanyl and the COVID-19 lockdowns accelerating the trend. This means drug overdoses now surpass deaths from car crashes, guns, and even flu and pneumonia. The total is close to that for diabetes, according to CBS News.

Mexican drug cartels have mainly switched to producing fentanyl and other drug products containing fentanyl, with supplies to make it coming from China, because it is more powerful than other hard drugs and it is not limited by a growing season.