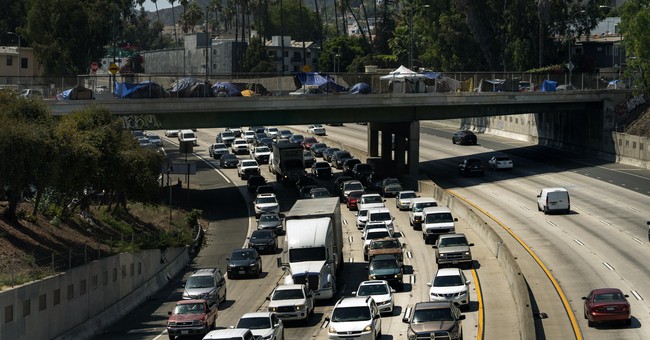 The state of California has it all. Warmer weather, beautiful nature scenes, the entertainment industry, high cost of living, growing homeless encampments, overbearing COVID restrictions, etc. Despite all of what California has to offer, fewer people are moving to the Golden State.

Researchers from the California Policy Lab found 38 percent fewer people moved into the state, the trend most notably starting during the beginning stages of the COVID-19 outbreak in the United States last year:

Researchers noted the Bay Area stood out in their findings:

"Since the end of March 2020, new entrances to Bay Area counties have dropped more quickly than in other parts of the state. Before the pandemic, San Francisco, San Mateo, and Santa Clara counties were the only net receivers of population from other US states. Today, all California counties lose population to domestic migration. In addition, whereas in every other economic region the move rate fell since the pandemic began, Bay Area residents moved (to any destination) at higher levels (up 8%, to 4.2%), driving a 21% increase in Bay Area exits."

Even with the lack of new residents coming into California, the study's authors said, "There is still no evidence of a pronounced exodus from the state."

"I guess I was a little bit surprised to see that entrances had fallen so much. It wasn't so much that we saw it in a particular area. For me, the surprise was that this was a statewide phenomenon," co-author Evan White told KCRA.