What Washington, D.C.'s Crime Looks Like One Year After Riots and 'Defund the Police' Movement 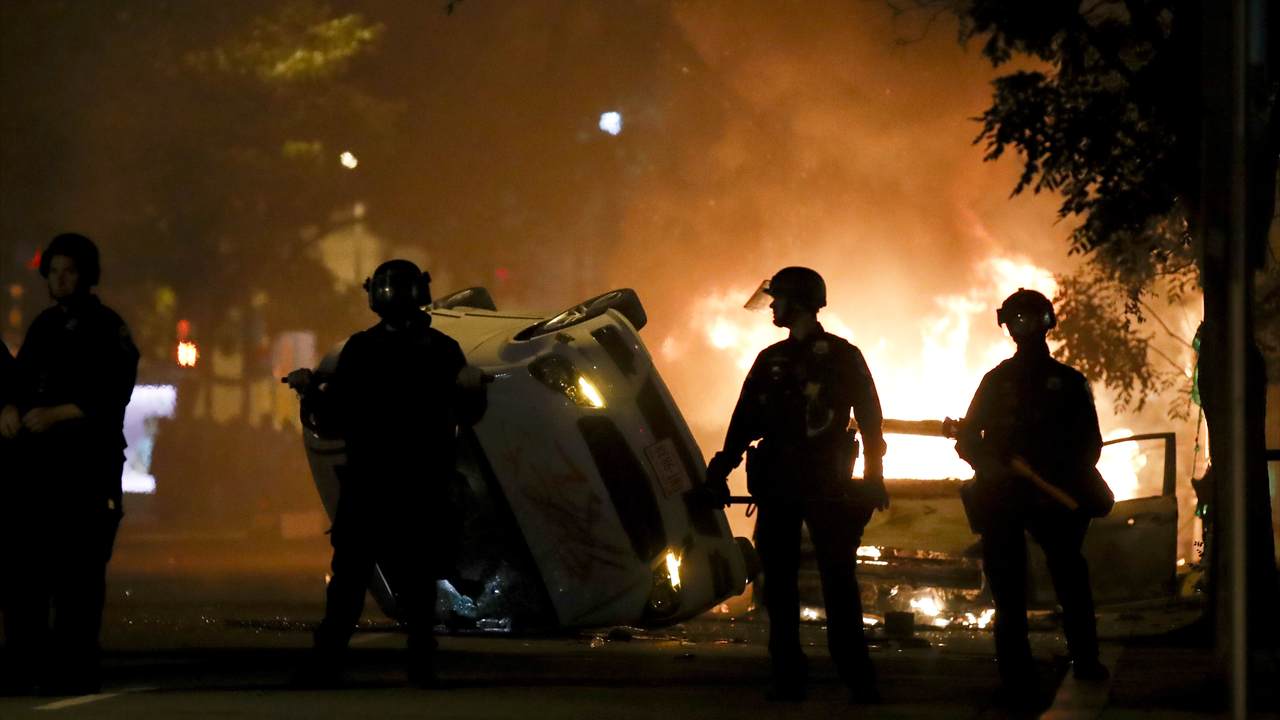 WASHINGTON, D.C. — Before 10:00 am in the city's Anacostia neighborhood on a Friday, there had been at least four armed robberies. It was another busy day for the Metropolitan Police Department (MPD) in the 7th District as the city's southeast neighborhood continues to experience a crime wave that is now being felt all over the nation's capital and, in many ways, in cities across the country.

I spent three days riding along with Detective Adam Shaatal of MPD to get a firsthand look at how Washington, D.C., and Southeast D.C. in particular, is dealing with an increase in violent crime more than a year after the riots and the "Defund the Police" movement. The first day I met Detective Shaatal at the 7th District's station in late June, it was not a particularly hot or humid day, but before we had a chance to leave the station, we heard multiple gunshots being fired from down the street.

"It's like this every day. Breakfast, lunch, and dinner," Shaatal said as we heard on the police radio the law enforcement response to the new shooting. One woman was hit and two guns were recovered.

Shaatal explained that in Southeast D.C., whose population is overwhelmingly Black, there are no gangs in the traditional sense, where one gang has territory that extends to blocks or neighborhoods. It's mainly people on one street who "beef" with another street, sometimes right next to each other. According to Shaatal, the shootings are mainly drug-related or born out of a "beef" that started a while ago. While Southeast D.C. has seen a steady increase in crime since 2015, Shaatal said he noticed the situation get much worse in the aftermath of the Black Lives Matter riots.

"The police have been delegitimized...Nobody respects us. Second part of it is we're not making as many arrests. We're not doing as much proactive work because we are being defunded, so we don't have as many cops. The third part...prosecutors are not taking these cases and the ones they do take, no jury convicts them and no judges put them in jail."

Whereas before, there was more willingness from residents to cooperate with police officers, Shaatal said officers have had a much harder time getting people to talk with them after "Defund the Police" rhetoric entered the mainstream consciousness.

While riding back to the station at the end of one ride-along, Shaatal pointed to the car in front of us.

"You see that? Normally we would pull that over because that's a stolen car," he said, noting the temporary tags were expired for over two years, and he could see the mark where the alleged thief used a screwdriver to jimmy the trunk open to break in. Due to the 7th District being overwhelmed with shooting cases while having a lack of manpower, the police have been forced to prioritize what crimes to pursue. Driving all around Southeast D.C., you'll notice police cars and SUVs with one officer idling at a street corner, relegated to waiting until a crime, often a shooting, occurs.

At one corner near where shootings commonly occur, Shaatal showed me a house nearby that is nothing more than a drug den and market. Everyone knows what the house is used for, he said, but nobody has the will to do anything about it.

The Youth Rehabilitation Amendment Act of 2018, an addition to the law that was passed in the 1980s, is one factor that contributes to the cycle of repeat offenders, sometimes violent ones, being let go and falling between the cracks without serious consequences. Initially, second chances were given to offenders up until the age of 22, but the amendment expanded the definition of "youth offenders" from those under 22 to those under 25 who have committed any crime but murder, rape, and child sexual abuse.

The open-air drug markets seen in Southeast D.C., Shaatal said, is the result of when then-D.C. Police Chief Cathy Lanier disbanded most of the department's plainclothes units in 2015, which happened not too long following the Ferguson riots after Michael Brown was shot by Officer Darren Wilson. The shooting was investigated up to the Department of Justice and was ruled justified. The open-air drug markets, in turn, invite more opportunities for robberies to happen, which can often lead to shootings.

This summer, D.C. saw high-profile shootings occur outside the southeast. On July 17, three people were shot outside of Nationals Park during a hometown game against the San Diego Padres. The large number of people who were nearby during the sporting event in an area where such instances are typically rare saw the shooting go viral on social media and news outlets.

Matt Dornic, head of CNN's strategic communications, posted a video that was captured showing him having to dodge gunshots in the northwest end of D.C. in October.

"Guns are part of it, obviously...These folks out here are using the same guns over and over. I don't think anybody's plan is going to address anything that has to do with guns. There has to be consequences: You're arrested, you're prosecuted," Shaatal said.

In a way, the lack of support from the city government and the overall atmosphere of police being hated no matter what the circumstance has led to officers leaving MPD, resulting in what the "abolish the police" crowd want. On the first day, I was told three detectives had been in their paperwork to leave the department that week, already straining the beleaguered station.