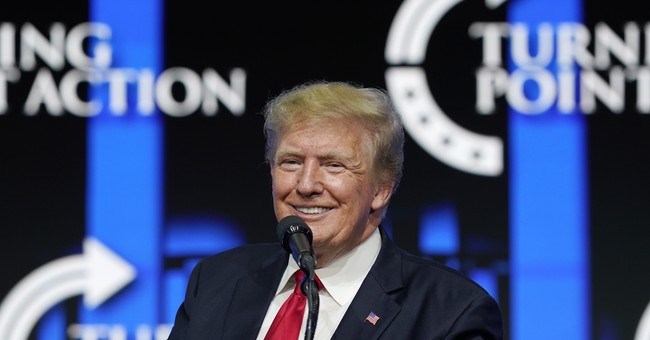 Kathy McCollum, the mother of Marine Lance Cpl. Rylee McCollum, issued a statement that former President Donald Trump shared on Wednesday, where she said he should run again in 2024.

Lance Cpl. McCollum was one of the U.S. service members who was killed in a terrorist attack while his unit was protecting Hamid Karzai International Airport in Kabul during the U.S. military withdrawal from Afghanistan after the Taliban took over the country. The Department of Defense blamed the attack, which included a suicide bomber and gunmen, on ISIS-K. 13 total U.S. service members were killed, with at least 18 wounded.

Over 100 Afghans who were at the airport gate trying to be evacuated were also killed.

Kathy said Trump needs to run again because her son was a "sacrificial lamb" for President Joe Biden:

"Thank you. Just want the family to know I support them. We need the corrupt pseudo president gone. President Trump has to run. My son should not be gone. President Trump would never allowed this to happen. We need him back in office to save this country. Just like he said years ago on Oprah. He would run when our country needed him. We need him. I can't live with knowing my son’s life was taken for nothing. So Biden could repay his debt to China. They will now have full control of Afghanistan and my son will be a sacrificial lamb. My son was murdered for Biden optics. I will become more vocal soon. Grieving and not sure I can control my mouth. But watched Biden disrespect my son while I was standing across from him and he was checking his watch, and then Pelosi denying my son recognition and turning her back. Just as she tore up Donald’s speech. We cannot give up our country. So even if no one gets back with me. I will always fight for the Trump administration just as my son did."

In response to Kathy's statement, Trump said, "Thank you, Kathy. America feels your loss and fully understands your pain. Rylee will never be forgotten."