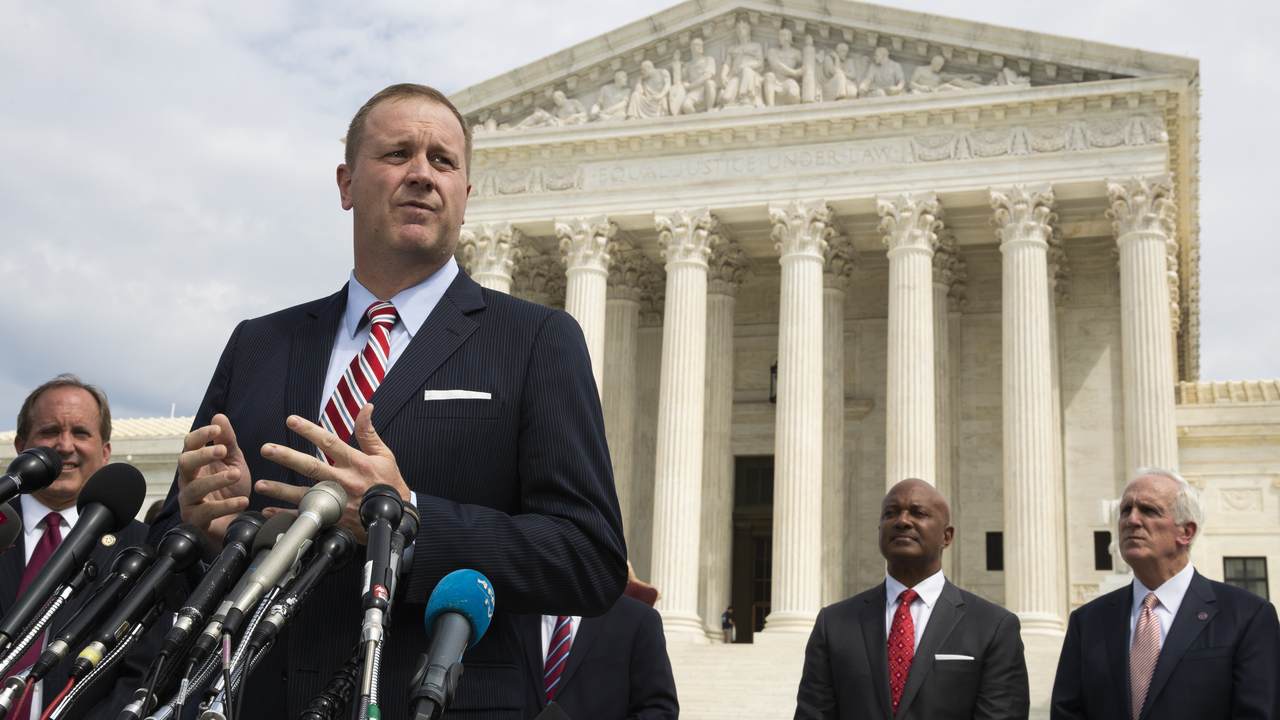 DALLAS, Texas — Missouri Attorney General Eric Schmitt (R) says he is not taking the Senate race he is running in for granted and is far from complacent. The state's chief legal and law enforcement official told Townhall during the Conservative Political Action Conference voters want a proven fighter to represent them in the nation's capital.

Incumbent Sen. Roy Blunt (R) announced his retirement in March, resulting in multiple GOP candidates declaring their candidacy for the upcoming election in 2022. Schmitt said his record of pushing for former President Donald Trump's agenda as attorney general is what is going to set him apart from other Republicans.

"I think people want a fighter, and I think that's what people saw in [President Trump], that's been my record. And I actually think that's the differentiating factor in my favor in this race. We were there fighting alongside President Trump with the America First agenda. There was no AG in the country who fought as hard for energy independence, lower taxes...immigration policy...the Migrant Protection Protocols were very effective. We were there on the frontlines defending it, and now it's gone, and we're on the frontlines pushing back," Schmitt explained.

"[Voters] want somebody who is not just talking about stuff, but who is actually going out there and doing things, and that's what we're doing," he continued.

He pointed to how he was the first state AG to sue the Chinese Communist Party, to hold them accountable for failing to prevent the spread of COVID-19 once it knew the danger it posed to the rest of the world, along with filing lawsuits to take on Big Tech.

Schmitt said taking on the Biden administration for their role in creating the ongoing border crisis would be a top priority because his office has taken on human and drug trafficking as Missouri is used by traffickers passing through on their way north.

"So I think explaining to people what the human toll of these actions or inactions is really important. I think the tide has turned, I think most Americans now understand the crisis at the border is really a crisis, and the fact [the Biden administration] wouldn't call it a crisis was indicative of how they viewed it and the fact that the vice president didn't get down there until two weeks ago," Schmitt said.

Before becoming the GOP nominee, Schmitt is going to have to beat out some heavy hitters. Former Governor Eric Greitens (R) threw his hat in the ring. Mark McCloskey, who used an AR-15 to drive a crowd of BLM protesters away from his home after they trespassed onto the property, is another big name in the race.

"In that instance, we filed a brief on behalf of the state saying this political prosecution is wrong and that people have a right to defend themselves and their property under the castle doctrine. So I think we brought a very, from the office of Attorney General, [strong case] that said, 'Look, the Second Amendment is very important.'"

"When you look around at all the big issues, who is really out there leading the charge? It's been me, and I've been very proud of that. I'm gonna work as hard as I can from the minute I get up from the minute I go to bed now and through election day and when I get to the Senate," Schmitt said.