Rep. Tony Gonzales: Harris' Trip 'Has Been a Huge Flop...She’s Just Kind of Parachuted in' 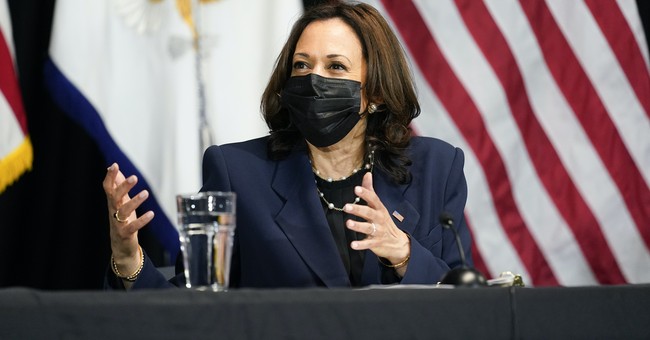 Rep. Tony Gonzales (R-TX), whose district is on the U.S.-Mexico border, said Vice President Kamala Harris' visit to El Paso on Friday fell short of what she needed to do in order to get a full view of the ongoing border crisis.

Gonzales' district has over 800 miles of the U.S.-Mexico border, around 40 percent. His district and the Rio Grande Valley have seen some of the largest increases in illegal border crossings since the start of President Joe Biden's term in office.

"Kamala’s first visit to the border as vice president has been a huge flop. She’s just kind of parachuted in, only listened to folks for a few hours. That is not how you listen to folks and not how you respond to it," Gonzales said.

"What is happening in El Paso is different than the Del Rio sector or in the Big Bend sector or Laredo or Rio Grande Valley. I’ll give you an example. They’re saying they’re making progress. In Culberson County close, to El Paso, there was a 35-year-old man traveling with his 15-year-old son from Ecuador. They made the trek. Guess what? His 15-year-old son dies because they got separated from a group. He died a horrible death. Not having any water," he added.

Gonzales is not the only border congressman who has been critical of Harris' choice of going to El Paso. Rep. Henry Cuellar (D-TX) said her visit to El Paso is just a "check in the box" because the city is "politically safer" and more secure than the rest of the border in Texas.

During the brief visit, Harris blamed the Trump administration for the current crisis, but In five months we've made progress."

In addressing the "root causes" of the border crisis, Kamala Harris blames the Trump administration.

"I’m glad the Vice President finally made time in her schedule to acknowledge the humanitarian, national security, and public health crisis her administration created – albeit some 800 miles from the epicenter of the crisis. Communities like El Paso are struggling because of the damage the Biden-Harris administration has caused by opening the floodgates to human smugglers and drug cartels. But, if the Vice President came to Texas without a concrete plan to secure our border and is unwilling to reverse her administration’s failed immigration policies that caused the crisis, then her visit is nothing short of a glorified photo-op."