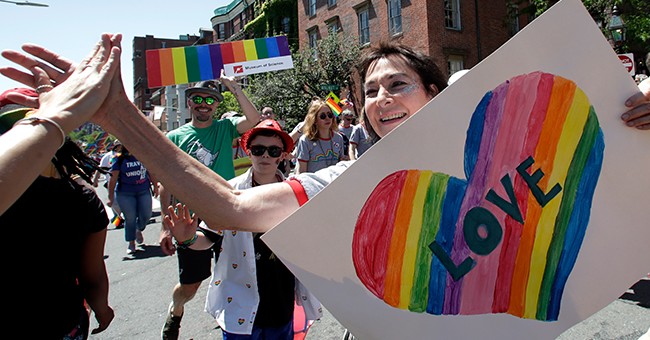 The mayor of Fort Lauderdale had to try to explain away his irresponsible comments moments after a car crashed into a Pride parade, killing one and injuring others on Saturday.

Dean Trantalis, who was in attendance when the incident occurred, told WPLG shortly after the crash that it was a terrorist attack, even going as far as to say the driver was targeting someone, without evidence.

"This is a terrorist attack against the LGBT community. This is exactly what it is. Hardly an accident. It was deliberate, it was premeditated, and it was targeted against a specific person."

Police quickly determined it was not a terrorist attack and it was, in fact, an accident. The driver of the vehicle was part of the parade but has difficulty walking.

"From what I understand is he had a problem with his leg and that’s why he didn’t walk in the parade. So he was riding in the truck, or driving the truck, his slip fell off the brake, got stuck behind the brake and was lodged into the accelerator,” Wilton Manors Mayor Scott Newton said, according to Local 10.

Trantalis issued a new statement on his social media, though did not apologize for spreading the rumor even though he did apologize during a vigil on Sunday:

"I was an eyewitness to the horrifying events. It terrorized me and all around me. I reported what I saw to law enforcement and had strong concerns about what transpired — concerns for the safety of my community. I feared it could be intentional based on what I saw from mere feet away.

"Law enforcement took what appeared obvious to me and others nearby and investigated further — as is their job. As the facts continue to be pieced together, a picture is emerging of an accident in which a truck careened out of control. As a result, one man died, two others were injured and the lives of two members of Congress were at risk.  My heart breaks for all impacted by this tragedy."

My statement following yesterday's events in Wilton Manors is below.
I want to thank our first responders for their efforts as police and medical personnel immediately attended to the scene. pic.twitter.com/lahwAQPO3C