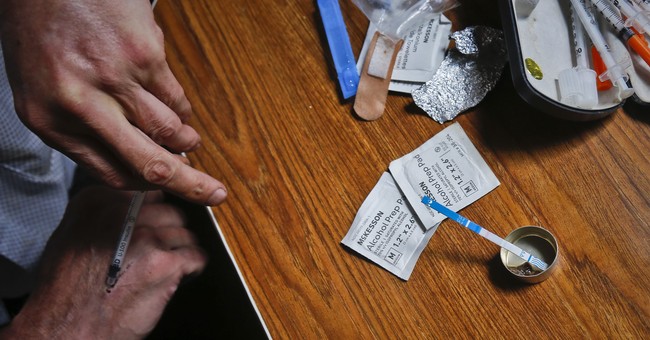 While illegal immigrants crossing into the United States reaching historic highs have been the easiest example to see regarding the ongoing border crisis, there is a much darker aspect to the floodgates that were opened in part due to the Biden administration's open-border rhetoric and policies.

Troy Miller, the Senior Official Performing the Duties of the Commissioner of U.S. Customs and Border Protection, tweeted his agency has seized more cocaine and fentanyl shipments in eight months for fiscal year 2021 than all of fiscal year 2020.

Nationwide in May, CBP agents and officers intercepted 60,461lbs of drugs.

It is a common tactic for the Mexican cartels to send out family units and unaccompanied minors first so Border Patrol gets bogged down with processing the illegal immigrants who willingly turn themselves in so then the cartels can send those who do not want to be caught, including drug smugglers. That is in addition to smuggling attempts at the various ports of entry along the southwest border.

CBS News reported last week how Border Patrol agents are having a hard time devoting attention to drug interceptions with the large flow of people illegally entering the U.S. on a daily basis.

CBS reports on "a flood of drugs coming into this country at the US-Mexico border" and the "deadly consequences" of drug cartels "seizing opportunity" pic.twitter.com/9jmkuiN655

CBP encountered 180,034 illegal immigrants during May compared to 178,854 in April and 173,337 in March. CBP expelled 112,302 individuals under Title 42. May's apprehension numbers bring the total number of those caught this fiscal year to 929,868, with four months left to go, meaning Biden's first months in office is on track to oversee a new record of total apprehensions from the previous recent high of 977,509 apprehensions in fiscal year 2019.