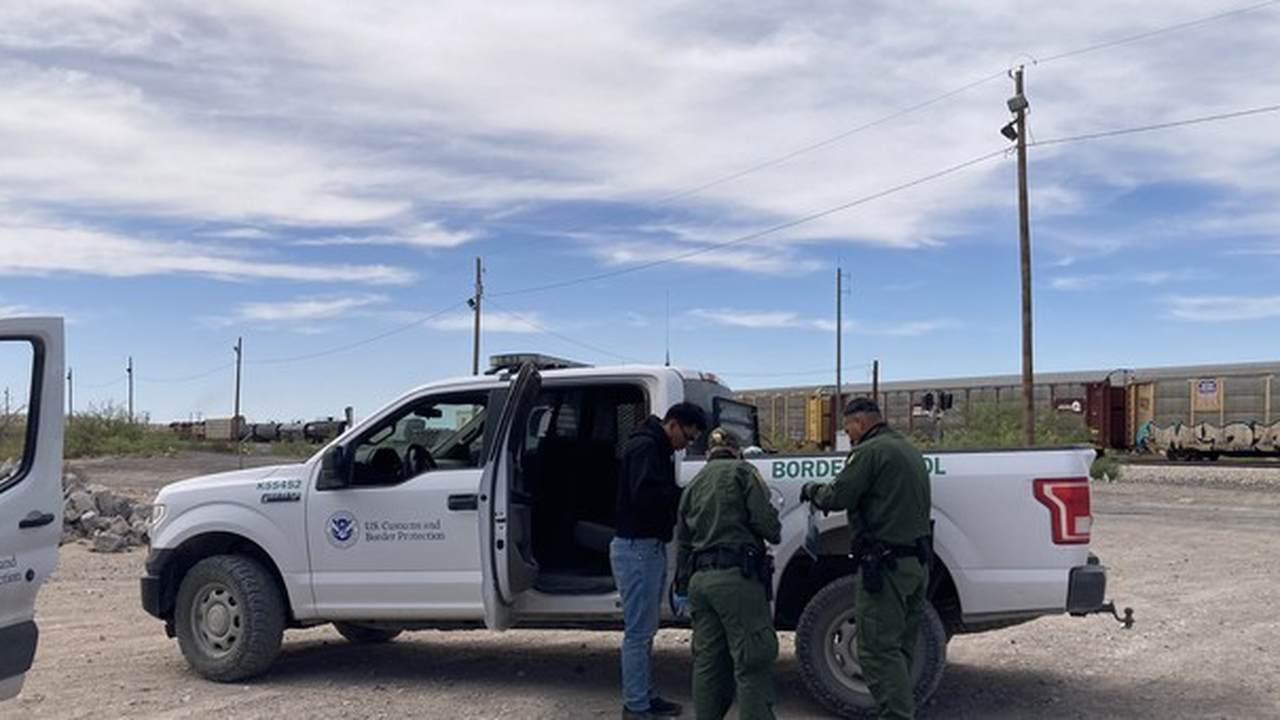 EL PASO, Texas — National Border Patrol Council (NBPC) President Brandon Judd did not hold back in his criticisms of President Joe Biden's handling, or lack thereof, of the ongoing border crisis during a press conference with a GOP House delegation to the U.S.-Mexico border on Monday.

Judd pointed to the fact he started his career under former President Bill Clinton and has served under multiple Democrats and Republicans since then. Today, he said this is the worst state the southern border has been in during his long career.

"Doesn't matter what President Biden is telling you, 40 percent of the people that cross the border illegally are being released into the United States," he continued. "We are rewarding lawless behavior; that can't happen in a country as great as ours."

NBPC Vice President Art Del Cueto said the incentives the Biden administration has put forth to immigration policy, such as not deporting unaccompanied minors who illegally cross into the United States, have made it easier for other people to evade capture.

"There have been over 200,000 individuals during this fiscal year that have gotten past [Border Patrol] and are now in the United States. Now, if you multiply that by $4,000 apiece, that's over $800 million being put in the cartels' pockets...They're loving it right now," Cueto said, adding the suffering the illegal immigrants face at the hands of the cartels is the Biden administration's fault since they are incentivizing crossings.

Judd further warned, at the current rate, all apprehension and "got away" records for Border Patrol are about to be broken.

In El Paso today covering a GOP delegation to the border, led by @RepBrianBabin. National Border Patrol Council VP Art Del Cueto says over 200,000 people have managed to avoid apprehension at the border this fiscal year, meaning millions of dollars in business for the cartels. pic.twitter.com/YIgsfZ4yZn

While there are similarities to how illegal immigrants try to enter the country in the Rio Grande Sector, where there are large groups of family units and unaccompanied minors, a lot of the traffic in the El Paso Sector is individuals trying to avoid apprehension from law enforcement.

In nearby Sunland Park, New Mexico, where I spent about 15 minutes, I saw three apprehensions of individuals who had just entered the country illegally.

In near by Sunland Park, New Mexico, only spent about 15 minutes by the border wall and saw Border Patrol take three illegal immigrants into custody. pic.twitter.com/es6bsOjGNk

Once the sun began to set, another group of immigrants was caught by Border Patrol, with help from a National Guard helicopter, after it tried to come into the U.S. via Mount Cristo Rey, where there is no border wall system.

For the month of April, U.S. Customs and Border Protection had 178,622 encounters with immigrants attempting to illegally cross into the United States from Mexico, up from 173,348 apprehensions in March. Under the Centers for Disease Control and Prevention's Title 42 authority, 111,714 expulsions were made during the same time period.