Eric Swalwell: 'There Was the Insurrection Reunion at CPAC This Weekend' 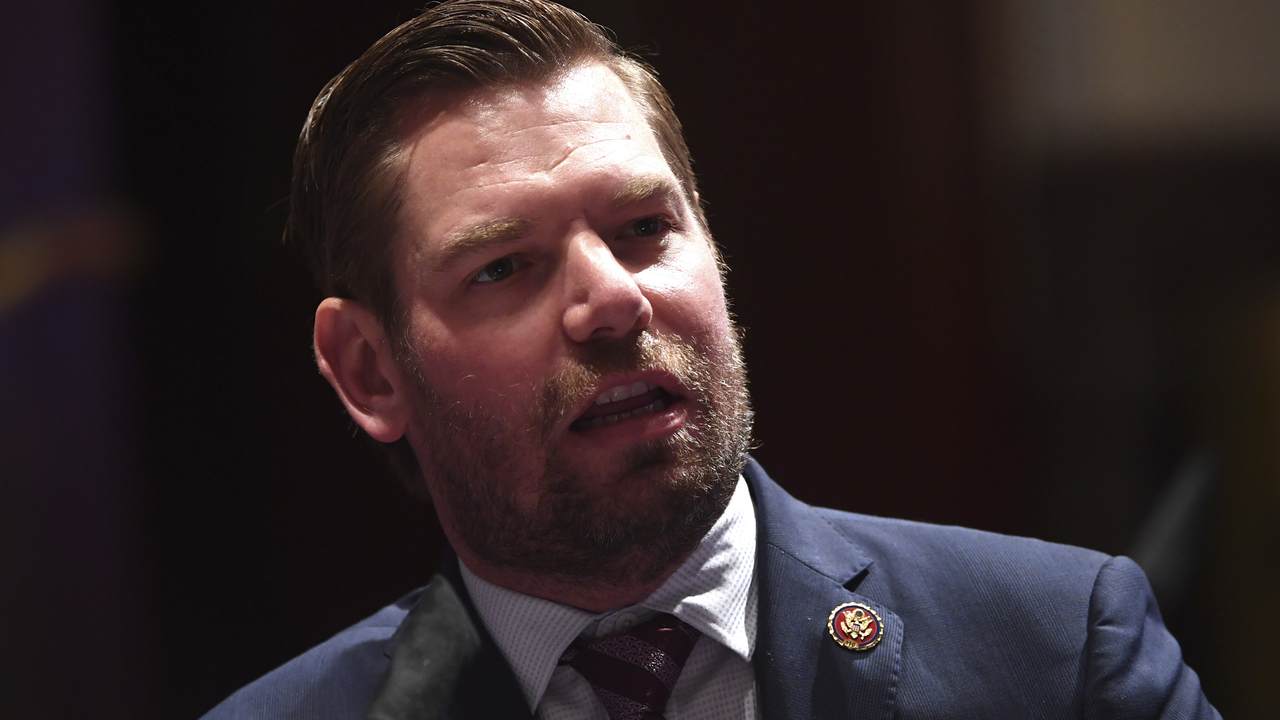 Congressman Eric Swalwell (D-CA) was upset as he talked with MSNBC anchor Andrea Mitchell on Wednesday following testimony about the law enforcement and military response to the January 6 Capitol riot.

Swalwell said he has concerns about March 4, a date which holds importance in some conspiracy theories as the day when former President Donald Trump will be inaugurated for a second term.

"It aligns, Andrea, with warnings we’ve seen before the January 6 attack, post-January 6, and I have to say it angers me. It angers me that I have colleagues who have stood with some of these groups, who have perpetuated the lies that these groups have told around the election and have done nothing to quell or to condemn these groups," Swalwell said.

"And when that’s the case, as Elizabeth Neumann testified formerly from the Homeland Security Committee to the Homeland Security Committee a couple of weeks ago, that when groups are not condemned, they feel emboldened," he continued. "And the fact that I have colleagues that perpetuate this big lie about the election, that inspires these QAnon folks and it makes them believe that they have a permissive operating environment. And that makes all of us less safe and it affects our ability to do our job here."

Swalwell called out Rep. Marjorie Taylor Green (R-GA) and other Republicans who attended the Conservative Political Action Conference (CPAC) in Orlando, Florida, this past weekend.

"There was the insurrection reunion at CPAC this weekend where Senators Cruz and Hawley attended and did nothing to denounce the Big Lie. And so, again, that just emboldens and inspires people who have already been radicalized and want to take arms against their government," Swalwell said.

Swalwell has been reeling from revelations he had been close to a suspected Chinese Communist spy during his early years in Congress. Though he and the FBI say he did nothing wrong, they will not disclose how close of a relationship they had with each other.