Ossoff: Republicans’ Voter Fraud Efforts Are a 'Echo of the Legacy of Jim Crow' 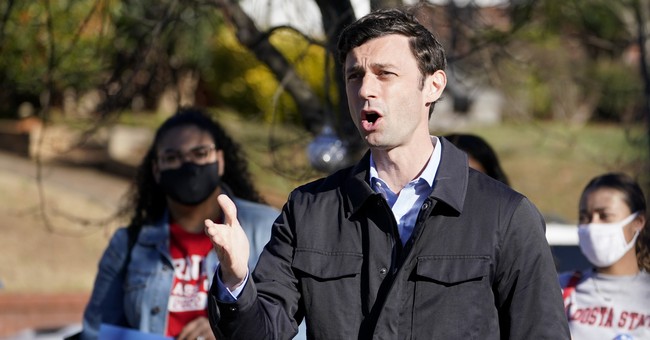 The votes from Georgia during the 2020 presidential election have been a sticking point for President Trump and his efforts to contest the results, which saw President-elect Joe Biden carry the state.

The Swing States did not even come close to following the dictates of their State Legislatures. These States “election laws” were made up by local judges & politicians, not by their Legislatures, & are therefore, before even getting to irregularities & fraud, UNCONSTITUTIONAL!

"I’m wondering if you expect your opponents to follow in the footsteps of President Trump by potentially challenging the results of this election in a court if you win. And on the opposite side too, if you were to lose, would you consider legal action yourself?" CBS anchor Lana Zak asked.

"Look, I will respect the outcome of the election in Georgia, and I call upon my opponents to make the same commitment. Our democracy only functions when we abide by, and when we abide by the will of the people, and these efforts to disenfranchise black voters in Georgia for example, my opponent and the other Senator Kelly Loeffler and Georgia Republicans have been filing lawsuit after lawsuit to purge the rules to make it harder for people to vote. It is an open attack on black voters in Georgia, and it’s a disgrace, it’s an echo of the legacy of Jim Crow," Ossoff said.

"But let’s also think about the future that we have the possibility of delivering for this country when we win. We’ve just had four years of scandal, outrage, hatred, racism, fearmongering, deep division. We’ve just had a year about outrageous incompetence by our own government. And I want folks to believe and know that our potential as a country is limitless. We’re not going to be defined by these last four years," he added.