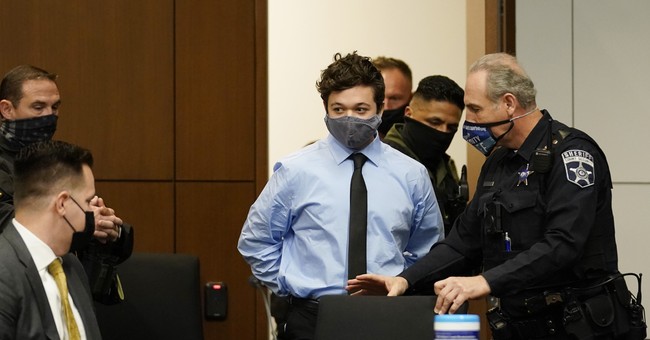 Wendy Rittenhouse, the mother of accused Kenosha shooter Kyle Rittenhouse, heavily criticized Joe Biden's campaign for labeling him a white supremacist with no evidence during her interview with Fox News host Tucker Carlson on Thursday.

The Biden campaign included a picture of Rittenhouse in an ad when Fox News host Chris Wallace asked Trump to denounce white supremacists during the first presidential debate. Rittenhouse's legal team has since sued the Biden campaign for defamation.

"How dare he do that to my son. That’s my son that he did that too. And I’m not going to back down from him and he is not a white supremacist. He’s not a racist. He is my son and I know him and he is none of that what Joe Biden said," Wendy Rittenhouse said.

"No, there isn’t. Kyle, he’s a caring young man. He went to Kenosha to help people and what Joe Biden did and showed my son’s picture, his image, and labeled him as a white supremacist, I will take him down," Rittenhouse replied, adding she believes Biden made the accusation "to win the election. Cheaters don’t win and he used my son’s image to get votes."

Kyle is currently in Kenosha County Jail after being extradited from Illinois. His mother said they need money to help pay for his $2 million bail.

"You know, every day I think about my son. I wish he didn’t go. But he’s a caring young man that wanted to help," she said.

Rittenhouse said he was in town to protect businesses from further damage after Joesph Rosenbaum chased him into a car dealership parking lot. In videos posted to social media of the incident, including from Townhall, Rittenhouse shot the rifle he was carrying. At that same moment across the street, Joshua Ziminski shot the handgun he was carrying. Rittenhouse then shot at Rosenbaum.

Rittenhouse then ran down the street towards police, but some in the crowd chased after him. After being punched in the back of the head, Rittenhouse tripped and fell down. One unknown individual jumped to kick him, with Rittenhouse firing and missing. Anthony Huber then hit Rittenhouse with his skateboard and tried to grab the rifle away from him. Rittenhouse shot once and hit Huber in the chest.

Gage Grosskreutz had his hands raised, but then darted off to the side and tried to aim a handgun at Rittenhouse. Rittenhouse fired first and hit Grosskreutz in the arm.