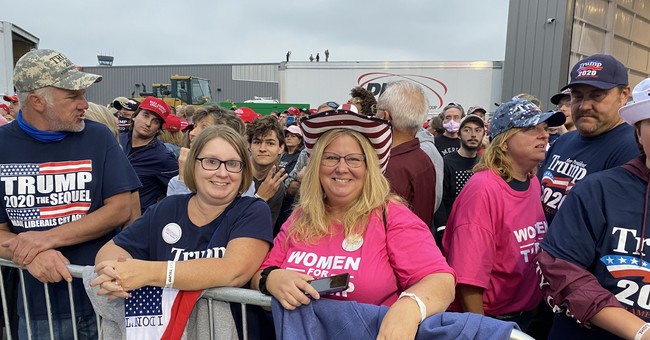 Trump did very well with minorities, particularly with Latinos in Florida, but did struggle with white voters in contrast to the 2016 presidential election.

Johnson said he never expected Democratic nominee Joe Biden to do as well as former President Barack Obama did with black voters, but white people were to blame for the possibility of Trump winning the election.

"[Biden] held his ground but he was always going to have difficulty because the enthusiasm level for many African-Americans had been suppressed by years and years and years of disinformation from the Biden campaign through Facebook. We saw that they had had these plans back in 2016 and also the ability to demonize Senator Kamala Harris as his VP," Johnson said.

While Biden did underperform with Latinos, Johnson said, it still would not have mattered because of the large support Trump has from white people.

"This is about white folks. This is about white people who saw a president who was corrupt and sexist and violent and mismanaged an entire pandemic that’s killed over 230,000 people by the election and they said I want some more of that. So even if every single black person and every single Latino person had come out and said, hey we are going to support Joe Biden, it wouldn’t have been enough to overcome the number of white people who’re OK with Trump and his mini version of Trumpism which is DeSantis who is also responsible for some of the voter suppression in the state, which kept black and Latino voters from getting to the polls.”

At the time of publication, no winner has been declared as states like Pennsylvania, Wisconsin, Michigan, and Nevada have yet to be called.