Sen. Blumenthal Whines ACB's Views on the 2A Could Overturn Gun Laws Across the Country 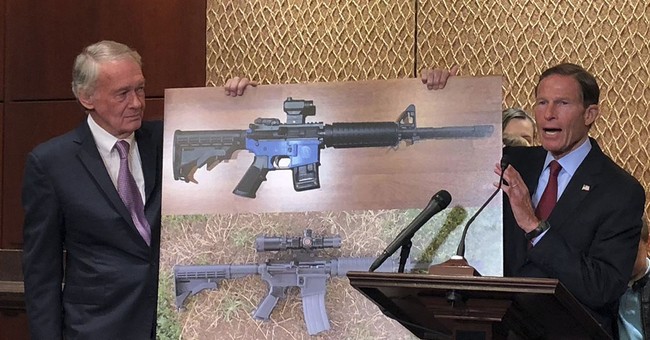 Sen. Richard Blumenthal (D-CT) used his time to attack Supreme Court nominee Judge Amy Coney Barrett on her views on the Second Amendment, saying if confirmed, her views could threaten gun control laws across the county.

Blumenthal accused Senate Republicans of being the ones who want activist judges to "legislate from the bench and strike down laws supported by a vast majority of the American people. And that activism uses originalism as a smokescreen," adding Barrett will strike down the Affordable Care Act and abortion rights.

"An activist judge on the bench doing what Congress could not do would also strike down common-sense gun safety laws. Connecticut has been at the forefront on gun violence protection, on gun safety, Judge, you acknowledged that your dissenting opinion in Kanter sounds kind of radical. That’s because it is," he continued. "But if your views on the Second Amendment are adopted by the Supreme Court, it would imperil common-sense state laws, like Connecticut’s, all around the country."

Barrett dissented in Kanter v Barr by stating non-violent felons should not permanently lose their right to own a firearm:

"History is consistent with common sense: it demonstrates that legislatures have the power to prohibit dangerous people from possessing guns. But that power extends only to people who are dangerous. Founding-era legislatures did not strip felons of the right to bear arms simply because of their status as felons. Nor have the parties introduced any evidence that founding-era legislatures imposed virtue-based restrictions on the right; such restrictions applied to civic rights like voting and jury service, not to individual rights like the right to possess a gun."