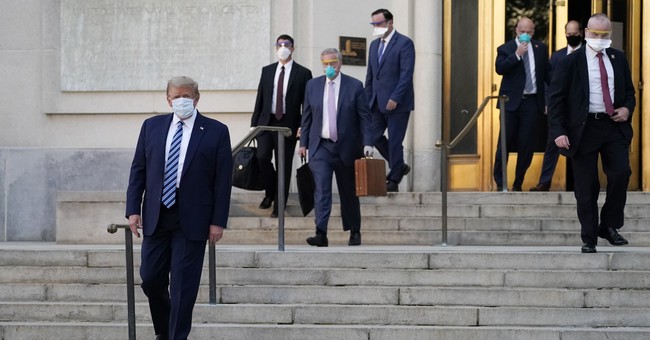 "Morning Joe" co-host Mika Brzezinski asked on Tuesday that if White House staff who get infected with COVID-19 and die, would President Trump could be considered for manslaughter since he left Walter Reed National Military Medical Center.

Trump's doctors at Walter Reed said his condition has vastly improved from Friday after testing positive for COVID-19 and that he was cleared to return to the White House on Monday.

"I just wonder, Joe, you’re a lawyer and maybe the president is just immune from everything, because he said, ‘Maybe I am immune now.’ Is he legally immune? What if his Secret Service men and women, who have to drive him around in these vans and get exposed to his deadly coronavirus, what if one of them gets sick and dies?" Brzezinski asked.

"What if someone at that Rose Garden event gets sick and dies? I don’t want this to happen, and I wish for his health. But I’m just wondering, he’s pushing all of this against the advice of the professionals in his government, against the advice of scientists," she continued. "At some point, isn’t this manslaughter? If you purposely put people in a position that you send a deadly virus their way, what is that?"

"Well, that’s a serious question and I am a lawyer in much the same way that Lionel Hutz is a lawyer on 'The Simpsons so I'm not going to answer that question,'" co-host Joe Scarborough said.

Brzezinski was not the only member of the media who had an adverse reaction to Trump being healthy enough to leave Walter Reed.

CNN Chief Media Correspondent Brian Stelter said the visual of Trump leaving the hospital was "not a real show of strength but it's a performative show of strength, this is what strong men do in autocratic regimes. Thankfully we’re in a democracy, but this is what you see from strong men who want to appear to be leading, it's a Dear Leader sort of approach."