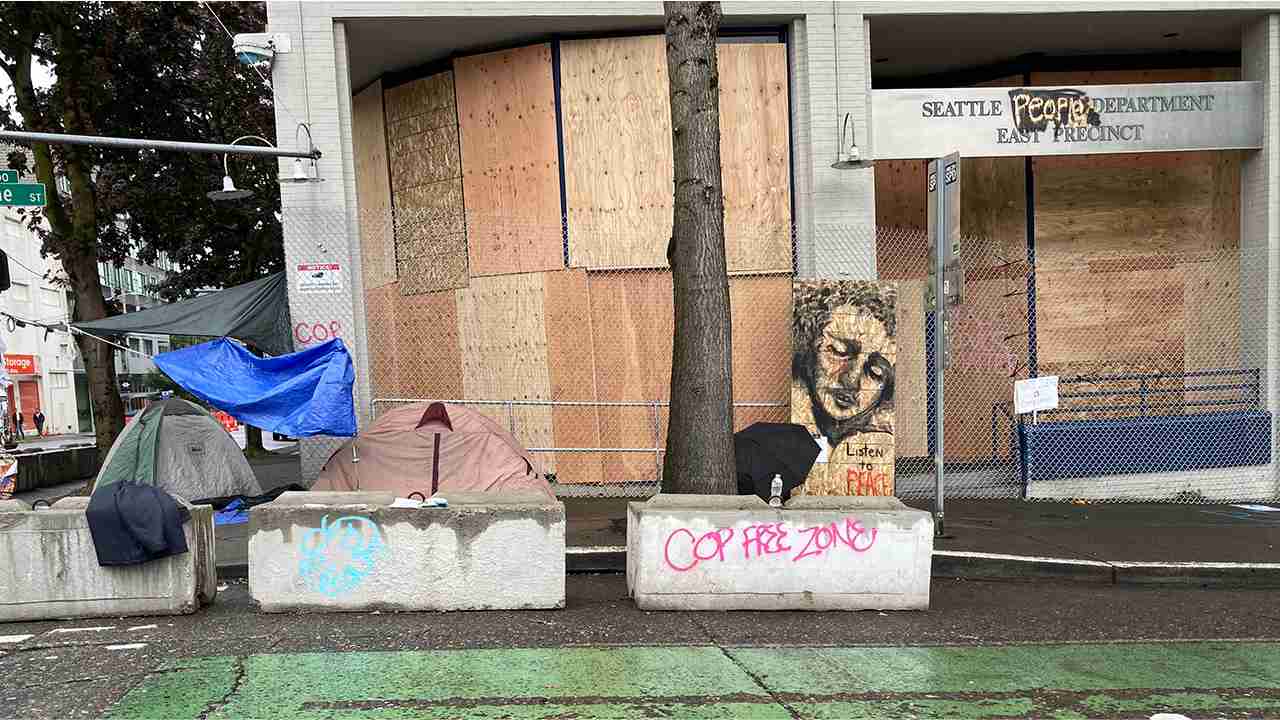 Seattle, Wash. — Protesters in the Emerald City have seized several city blocks for themselves in the aftermath of Seattle Police pulling out of their East Precinct station and have declared it an "autonomous," "cop free" zone.

Much like the rest of the country, Seattle's protests and subsequent unrest was in response to the death of George Floyd while he was in Minneapolis police custody, with an officer kneeling into Floyd's neck despite being handcuffed.

The decision to pull out of the police precinct came after days of officers clashing with protesters and rioters. Tear gas and flashbangs were used in an attempt to clear people out of the streets, but the crowd continued to persist.

On Tuesday, the police station was emptied of anything valuable and boarded up in an attempt to prevent people from getting inside. Protesters set up barricades in the streets and had signs posted informing the people coming in that they were "leaving the USA" and were now entering the "Capitol Hill autonomous zone" or "Free Capitol Hill," the neighborhood in which the East Precinct is located.

Protesters have given the impression that they will be holding the area for the long haul. People from around the city have donated large amounts of food, snacks, water, and medical supplies to the people holding the few city blocks.

Pro-BLM and anti-police signs and graffiti cover the surrounding walls, windows, and street posts. One called for the defunding of the Seattle Police Department and the dropping of all charges against protesters. Another said, "The cops will always be racist because capitalism requires inequality."

In the early afternoon, the Seattle Department of Transportation came to the area and began to remove some of the barricades that had been set up. Protesters said they had only agreed to have SDOT remove the concrete barriers that were on the sidewalk. SDOT personnel agreed with their demands and only removed the concrete barriers and brought in more water barriers. A spokesperson for the protesters said they needed the barricades to help keep out white supremacists.

In terms of federal support to keep the peace, the Seattle City Council passed a resolution telling the federal government they will not allow federalized National Guardsmen or active-duty troops to be deployed to the city as they believe such support is not needed.