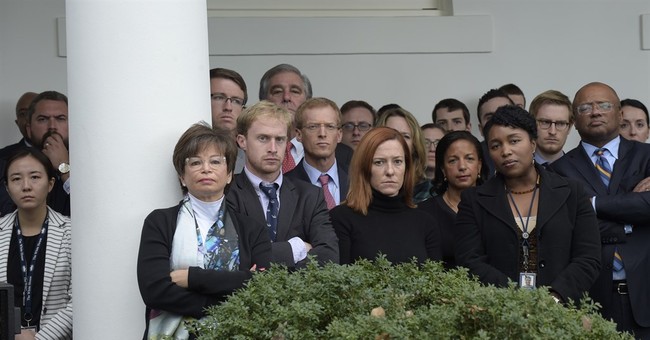 Jim Messina, who was Obama's White House deputy chief of staff, told MSNBC on Friday the media has been doing a great job covering sexual assault allegations of prominent people during the TimesUp movement. He said Senate Majority Leader Mitch McConnell's (R-KY) assertion there is a double standard is "ridiculous."

"I mean, I think the media has done a very credible job in the last 2 1/2 years of this Time’s Up movement about investigating these things, about moving forward and let’s be honest, if it wasn’t for the media, we wouldn’t know about half of the accusers against Donald Trump," Messina said. "And the media was the only way we had to get any investigation into Kavanaugh, right? Because Mitch McConnell wouldn’t do a full investigation, truncated it, and we only know about what we know because of the media. So I think this double standard thing is just politics."

"But in this case, there’s a real difference between the media looking into these allegations, which is what they have done to Tara Reade and what they did to Brett Kavanaugh, and Mitch McConnell, who got that process over as fast as he could get it over to protect the nominee for the Supreme Court," he added.

Jen Psaki, who worked as Obama's White House communications director, said Biden did the right thing during his interview on "Morning Joe" by calling for "all records" to be released.

stop just stop anyone who is buying into GOP point that there is a double standard with Dr. Ford. Kavanaugh hid behind GOP trying to silence her, @JoeBiden just did an interview and has ordered all records released

Biden did not call for all of his Senate records to be released. Specifically, he said the Senate documents he donated to the University of Delaware should not be made public now. He said if Reade made a complaint with his Senate office, it would not be there so there is no reason to look into them.