Democrats Blame US Embassy Attack on Trump, Erroneously Claim This Is His Benghazi 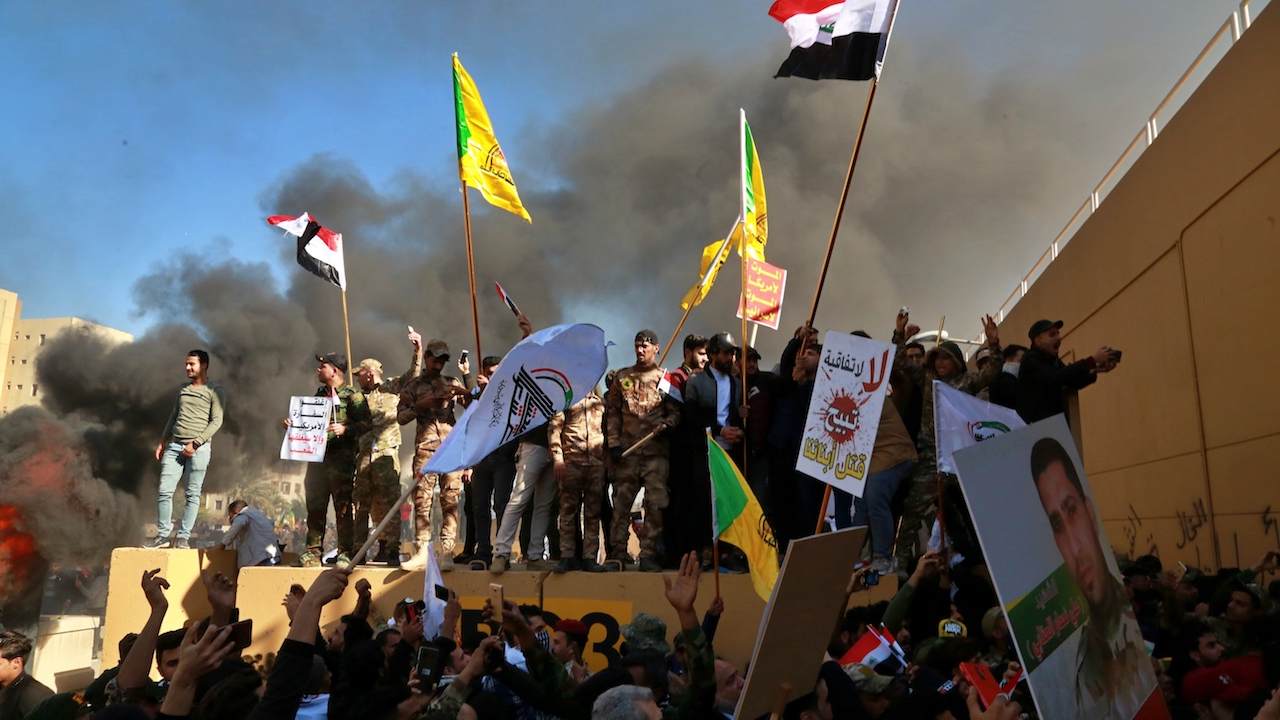 Liberals did not let the escalating situation in Iraq go to waste in their attempt to score political points as Iranian-backed militias breached the International Zone of Baghdad, known as the Green Zone, and attacked the U.S. Embassy in Iraq on Tuesday.

Activist groups, liberal pundits, and Democratic politicians said the ongoing situation is either President Trump's fault or this will go down as his Benghazi moment, referring to when Libyan militias attacked a U.S. mission building on September 11, 2012. Four Americans were killed in the 13-hour attack, including Ambassador Chris Stevens.

The claims were made despite 100 U.S. Marines were deployed to Iraq to bolster the Embassy's defenses. The Marines are based out of Kuwait and are assigned to Special Purpose Marine Air-Ground Task Force-Crisis Response-Central Command.

"The Department of Defense is working closely with the Department of State to ensure the security of our Embassy and personnel in Baghdad," Secretary of Defense Mark Esper said in a statement. "We have taken appropriate force protection actions to ensure the safety of American citizens, military personnel and diplomats in country, and to ensure our right of self-defense.  We are sending additional forces to support our personnel at the Embassy."

The attack on our embassy in Baghdad is horrifying but predictable.

Trump has rendered America impotent in the Middle East. No one fears us, no one listens to us.

America has been reduced to huddling in safe rooms, hoping the bad guys will go away.

The US conducted airstrikes in Iraq over the objections of the Iraqi government. Now Iraqi protesters broke into the US Embassy. Trump’s malpractice in the region is making us less safe. Time for Congress to stop this foolish rush to war.

Trump sanctions on Iran have done nothing to change Iranian behavior except make it worse. This is what happens when your foreign policy is based on Obama envy, domestic politics, Saudi interests, and magical right wing thinking. https://t.co/HDn0ywZnHu

Donald Trump is having his very own “Benghazi” in Iraq right now, and instead of acting like a fucking president for once, he’s still just lazing around at a golf resort and tweeting stupid shit. Trump is going to prison in the end. He should just resign and report there now.

Sen. Lindsey Graham (R-SC) said it is because of Trump's actions, "there will be no Benghazis on his watch."