Eddie Gallagher's Family Speaks Out: We Will Vote for Those Who 'Actually Support Our Warfighters' 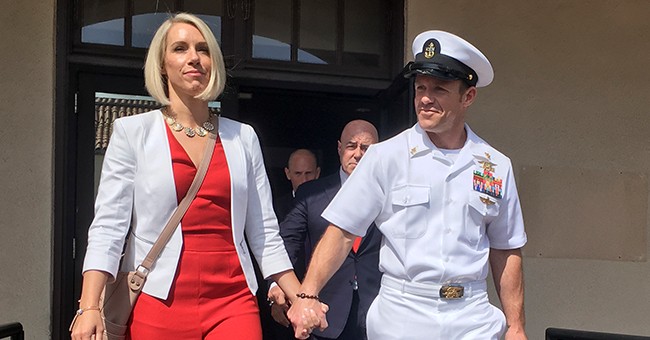 Gallagher criticized "military attorneys, indignant Pentagon officials and your typical Washington establishment types" for being hypocritical when it came to good order and discipline.

"Their views were mainly the same. The president’s actions were a moral hazard! What message will it send our troops? What of good order and discipline? I have one question for these people: Where in the hell were you the past year and a half?" Gallagher asked.

Gallagher was referring to the conduct of the military prosecutors, who his brother's defense team accused of "misconduct by NCIS personnel in the investigation and presentation of charges."

The Navy's first lead prosecutor was removed from the case after admitting to emailing a tracking beacon to defense attorneys, paralegals, and reporters in order to find the source of leaks to the media. The Navy's team was also accused of manipulating witness statements to NCIS agents and trying to cover it up.

"Preach to me again the dangers of moral hazards?" Gallagher wrote.

Gallagher then offered some perspective for members of the military and said his family will continue to vote for politicians who "actually support our warfighters":

That flag on your uniform, and the Constitution you swear to protect, also protects you. No one, not even members of your own military, can deny you your rights, especially the right to due process and a jury of your peers.

It is the only thing that saved my brother form a lifetime of unjust imprisonment.

It also guarantees civilian control of the military. So while the brass rails about moral hazards and pontificates about good order, the Gallagher family will continue to cast our ballots for those who actually support our warfighters and not some other agenda.

"President Trump was right to intervene on Eddie’s case, and that should terrify every person wearing a uniform," he concluded.

Trump pushed back against Navy leaders to allow Gallagher to retire with his rank and Navy SEAL Trident. Gallagher was initially demoted by the Navy before Trump reversed its decision. Defense Secretary Mark Esper asked for former Navy Secretary Richard V. Spencer's resignation "after losing trust and confidence in him regarding his lack of candor over conversations with the White House."