Watch: Liberals' 'No One Needs an AR-15' Talking Point Backfires Thanks to Pregnant Mom 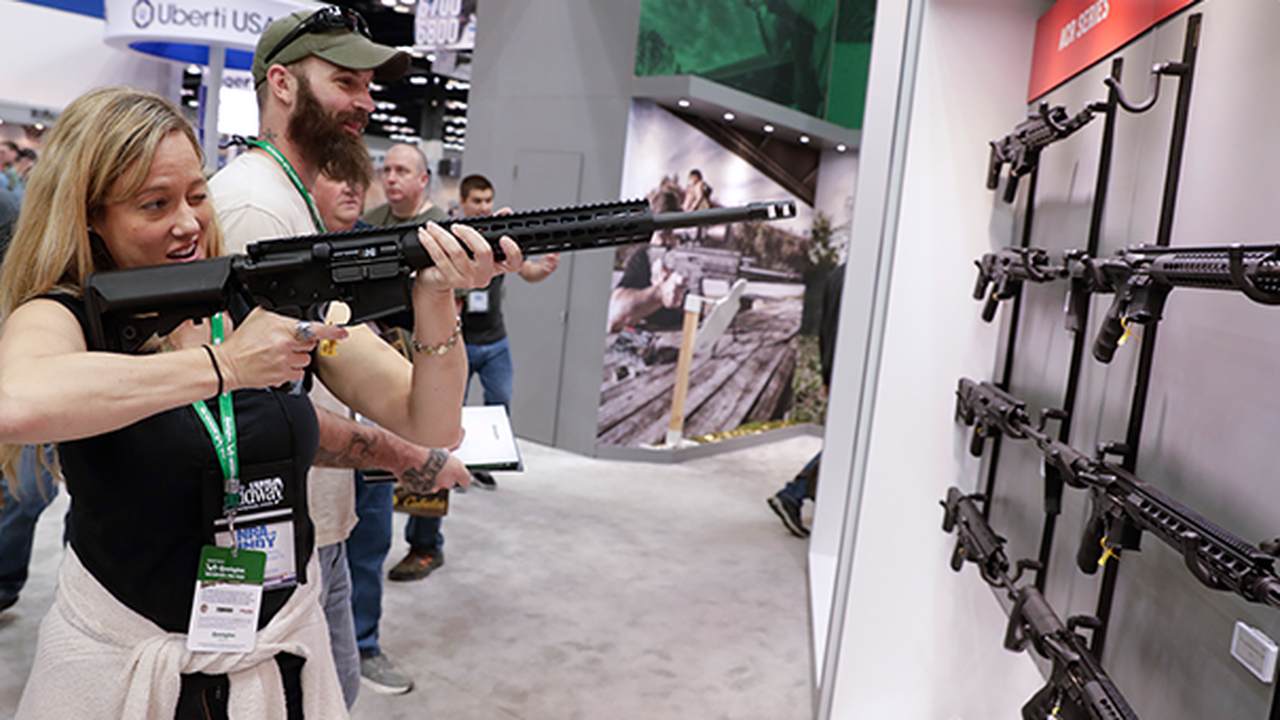 It's a talking point that has been made over the years by Democrats and gun control proponents that I'm sure you have heard: "No one needs an AR-15."

That argument was dealt a heavy blow after an eight months pregnant mom used an AR-15 to take on two armed intruders who were attempting to kill her husband.

"I’ve got a fractured eye socket, a fractured sinus cavity, a concussion, 20 stitches and three staples in my head. I took a severe beating," Jeremy King said about the incident.

"They came in heavily hooded and masked. As soon as they had got the back door opened, they had a pistol on me and was grabbing my 11-year-old daughter,” he explained, saying the intruders were asking for money. When he said that he had nothing to give them, "It became real violent, real fast."

King said when his wife looked out from their room to see what was happening, one of the would-be robbers shot at her and missed. That's when she grabbed the rifle and fired back, hitting one of them as they fled the house. The one who was shot was found dead in a ditch not far from their home.

"[She] evened the playing field and kept them from killing me," King said.

The incident highlights many reasons why gun owners gravitate toward the AR-15 for home defense. It's a relatively lightweight rifle that comes in a cartridge with little recoil to the point where a woman, who is on the cusp of giving birth, can effectively use it.

Another reason for its popularity is that it gives homeowners an edge if they find themselves outnumbered. In the video below, former Vice President Joe Biden asserts not only do you not need an AR-15 but you also "don't need 30 rounds to protect yourself." This is coming from a man who is protected by Secret Service agents carrying 30 round magazines for their rifles. While, of course, Biden and presidents should be protected, ordinary Americans don't have such a luxury.

No one knows the situation they may find themselves in. In this case, not only was the mom outnumbered by the time the intruders incapacitated her husband, but they were armed with handguns. Could she have defended herself with just a revolver or shotgun? Sure, but it's safe to assume she probably felt better having more than 10 or 15 rounds.

Of course, this is not the only time AR-15s have been used in self-defense. It is also important to note rifles, of any type, are barely used in homicides when compared to handguns. The FBI's 2018 Uniform Crime Report shows that of the known types of firearms used in homicides, 6,603 people were killed with handguns. Rifles only accounted for 297 murders, with shotguns killing 235.

The premise of Democrats' argument is also flawed because the rights and freedoms we enjoy as Americans are not based on "need."

All of this does not stop Democrats or those in the media from wondering out loud who "needs" an AR-15.