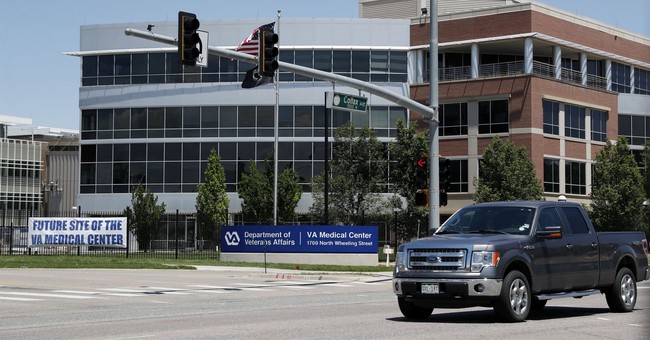 On Thursday, the House Committee on Veterans’ Affairs Subcommittee on Economic Opportunity held a hearing in response to the Department of Veteran Affairs not issuing payments or underpaying student veterans, to use for education costs, in a timely manner.

The Washington Post reported the VA’s benefit processing system had “buckled under complex new formulas for GI Bill students. As a result, scores of veterans waited weeks or months to be paid, and have fallen victim to the agency’s decades-old technology.”

As a result, many student veterans have been unable to pay for their education obligations with their earned benefits and have resorted to paying out of pocket, which has often put them in tight financial situations.

“I can only begin to imagine the mess VA will have on its hands when these already taxed systems will be used to process the hundreds of thousands of claims that will have to be re-worked when the modifications to [Long Term Solution] are ready,” Rep. Jodey Arrington (R-Texas), chairman of the Subcommittee, said in his opening statement.

“What is even worse, is that VA will be doing this re-work during the same time they typically begin processing claims for the spring semester. This means that while the current inventory of GI Bill claims has been worked down, I am very worried that schools and student veterans have not seen the worst of payment delays,” he added.

During their opening remarks and subsequent testimony, each of the witnesses stressed that the problems all stem from the VA’s very old IT system. Paul Lawrence, VA Undersecretary of Benefits, admitted the federal agency is, “planning for the possibility that we won't have the software ready for the spring semester.”

In a unicorn-level experience for Washington D.C., the outrage was shared across the aisle, as exemplified by Ranking Member Rep. Beto O’Rouke (D-Texas).

“Dr. Lawrence, not very encouraging,” O’Rouke said. “I think in your testimony you failed to account for the scope of the problem, minimized the problem…there’s a very real problem that veterans, who have earned this benefit, are not receiving the payments they need to complete their education.”

When asked repeatedly by lawmakers to give them a deadline of when the issues with GI Bill will be resolved, the VA officials did not want to give a deadline so they would not miss it as they have in the past. As such, the Subcommittee gave the VA a week to report back on a deadline.

Rep. Mike Coffman (R-Colo.) also directed his ire towards President Donald Trump, who ran on fixing the VA, and his administration.

“This administration promised to clean up the culture of bureaucratic incompetence inside the VA. Based on this testimony today, I don’t think they’ve made a lick of difference," Coffman frustratingly said.

OK, to sum up the numbers given here so far on #GIBill delays:

The Military Times further pointed out that the VA’s payment to student veterans receiving housing stipends are not only sometimes late, but also inaccurate “because the VA is still paying under 2017 rules, all students — even those taking all of their courses at the school’s main campus — are receiving inaccurate housing stipends that do not account for about a 1 percent cost-of-living increase.”

A top VA official just testified to Congress that the department has received some credible calls from veterans facing eviction due to GI Bill payment delays.

Ashlynne Haycock, deputy director for policy at Tragedy Assistance Program for Survivors (T.A.P.S), told Townhall over 100 families of fallen service members had contacted the organization about the delayed education payments.

In the end, the veteran advocacy groups, who sounded the alarm earlier in the year, are not confident the time-sensitive problem will be solved soon.

“We were really hoping to leave, today, with a date and a plan to know when we were going to have payments and solutions,” Haycock said after the hearing. “We did not leave with that. So we are still hoping for that information, that was our main goal and we did not see that today.”

“I was unfortunately disappointed by the response of many representatives from Veterans Affairs in today's hearing,” Tanya Ang, director of policy and outreach for Veterans Education Success, told Townhall.

Ang said she felt some of the people involved did not take enough responsibility:

“It would have been much more reassuring to hear them accept responsibility where they needed to, with humility and grace. I had hoped they would also come with a clearly articulated plan moving forward. Instead blame was passed like a ping pong ball amongst a number of those testifying and the severity of the situation minimized. They were unable to even address basic timelines and provide lessons learned to keep this from happening again. In contrast, Director Worley communicated with clarity, acceptance of VA's role in this process, and provided concrete answers to the committee's questions.

“Between the response of others on the panel and the recent news that Director Worley is leaving, I was left with more questions than answers and very little confidence this situation will be handled in an appropriate manner,” she added.

“After the hearing, I think it’s important we hear from VA how they are going to make students’ payments whole and how they are going to prevent this from happening in the spring 2019 semester,” Lauren Augustine, vice president of government affairs for Student Veterans of America, told the Military Times. “From Congress, we hope to hear how they are going to take information from tonight’s hearing on the consistent issues from legacy IT systems and lead modernization efforts for VA education benefits.”

We were disappointed with some of the answers provided by VA, and even more disappointed by the answers they did not give. Specifically we were hoping for a timeline for this fix and VA did not provide any information regarding that. We were also disappointed by VA’s dismissal of the media reporting around this story and their claims that the news was exaggerated. VA insisted that no veterans were being evicted or facing homelessness because of this. That should not be the bar they are seeking to uphold. There might not be widespread homelessness due to the delays, but that doesn’t mean student veterans aren’t suffering due to the delays.

"We have said we are afraid this problem will repeat itself in some manner in the spring, so I’m neither more or less confident will be solved. We still think it will persist," Murray warned.

The lack of confidence was expressed by not only the veteran advocacy groups, but even by Veterans Affairs Committee Chairman Phil Roe (R-Tenn.):

Veterans Affairs Committee Chair Phil Roe was asked by @AlexHortonTX if today's hearing changed his perspective on whether VA could fix things by the spring semester. “I was not confident,” Roe replied. “And I am not confident it will be solved.” https://t.co/PM0Akp2UVD

With the fall semester coming to a close, many colleges and students are already in the planning process for the spring semester, it can be said, with confidence, the payment issues will continue unless drastic action is taken.