Here's How Much Money Shooting Victims' Families May Receive 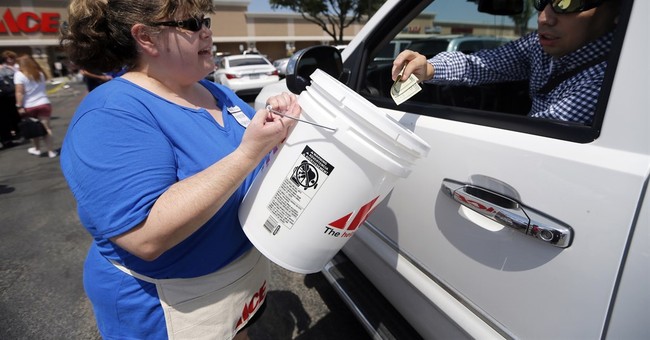 Hundreds of thousands of dollars have been collected in the name of the families of Alton Sterling, Philando Castile, and the Dallas police officers.

Large sums of money are accumulating online after several GoFundMe accounts were started. The internet funds are supposedly aimed at helping the victims' loved ones pay for funerals, education, and other fees in the aftermath of the shootings.

A scholarship fund for Alton Sterling's family, a man who was fatally shot during an altercation with Baton Rouge police Tuesday, has received over $688,000 from thousands of donors. The fund was started by writer Issa Rae on Wednesday to pay for each of his five children to go to college. Rae had started the fund to raise $100,000, but doubled its target after it reached the first goal in six hours.

Philando Castile, who was shot Wednesday, now has four online fundraisers in his name. His sister's account has raised over $66,000 of the $80,000 she wanted. A fund created by film director Xavier Burgin has accumulated nearly $175,000, which Burgin says will go to Castile's family. A Baltimore man named Jeffrey Baker is campaigning for just a thousand dollars, claiming he will take the check straight to the family once his goal is reached. He currently has raised $670. Castile's girlfriend Diamond Reynolds and her daughter may receive almost $50,000 from a GoFundMe account created by Verquisha Powers, a friend of Reynolds.

The Dallas shooting prompted many Dallas residents to create GoFundMe accounts for the police involved and their families. Several range from $25 to over $5,000. Major accounts for the deceased officers include about $165,000 for Michael Smith, $114,000 for Patrick Zamarripa, $45,000 for Brent Thompson (and another $25,000 here), and $8,000 for Lorne Ahrens.

A fund for Shetamia Taylor, a woman who was wounded while protecting her sons during the Dallas attack, has raised just over $9,000 of the $20,000 it seeks.