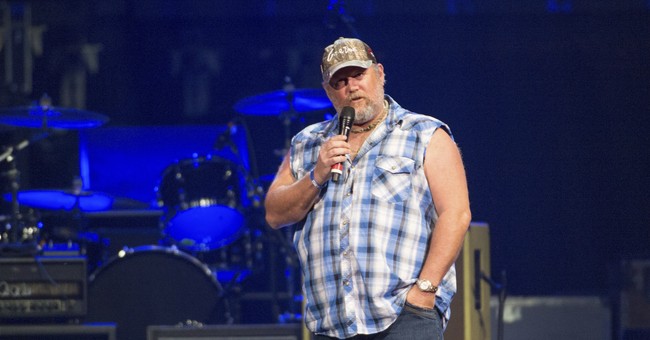 Earlier this week, comedian Larry the Cable Guy commented on the news that Pepe Le Pew, the skunk from Looney Tunes, will be cut from the film "Space Jam: A New Legacy," saying that “we’re neck deep in commie stupidity” and telling his followers to “push back.”

"Some of the first cartoons I can remember include Pepé Le Pew, who normalized rape culture; Speedy Gonzales, whose friends helped popularize the corrosive stereotype of the drunk and lethargic Mexicans; and Mammy Two Shoes, a heavyset black maid who spoke in a heavy accent."

On Sunday, a few days after Blow’s article was published, Deadline reported that the character will no longer appear in the movie, saying:

“Pepe was set to appear in a black-and-white Casablanca-like Rick’s Cafe sequence. Pepe, playing a bartender, starts hitting on a woman at the bar played by [actress Greice] Santo. He begins kissing her arm, which she pulls back, then slamming Pepe into the chair next to hers. She then pours her drink on Pepe, and slaps him hard, sending him spinning in a stool, which is then stopped by LeBron James’ hand. James and Bugs Bunny are looking for Lola, and Pepe knows her whereabouts. Pepe then tells the guys that Penelope cat has filed a restraining order against him. James makes a remark in the script that Pepe can’t grab other Tunes without their consent.

“Upon learning that her scene with Pepe was cut, Santo was upset according to her spokesperson. The actress-singer has been a victim of sexual harassment and has spoken out against it; even recording a debut single ‘Você Você’ back in February 2018 with multi- Grammy-winning producer Humberto Gatica to empower women to stand up to sexual predators and sexual harassment. Santo even has a non-profit, Glam with Greice, which aims to empower victims of domestic violence to change their lives for the better. Santo took joy in shooting the Space Jam sequel scene with Pepe, because the skunk finally gets his comeuppance.”

“‘This was such a big deal for Greice to be in this movie,’ a spokesperson for the actress said of the news. ‘Even though Pepe is a cartoon character, if anyone was going to slap a sexual harasser like him, Greice wished it would be her. Now the scene is cut, and she doesn't have that power to influence the world through younger generations who'll be watching 'Space Jam 2,' to let younger girls and younger boys know that Pepe's behavior is unacceptable.’”

But never forget that the Left doesn’t actually care about the “problems” with Pepe Le Pew, the Cat in the Hat or Gina Carano. This is just another attempt by the Left at cancel culture, which has become nothing more than a war against whatever the Left doesn’t like at that particular moment.

A person can be ostracized and wiped from polite society at a moment’s notice if they cross the ever-changing standards of the woke mob. President Trump warned us that it would not just stop at tearing down statues of Confederate soldiers, and that it would eventually come for our Founders and would never end. Was he ever right.

The lesson is that one can never feed the beast, or they will just come for more, and never stop.

Or, as Larry the Cable Guy said, push back.