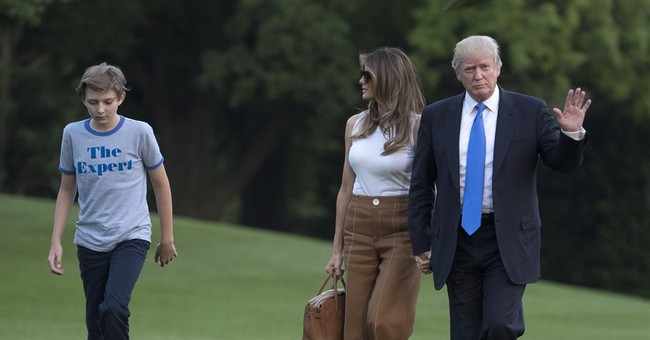 After Donald Trump's election, he and his wife Melania announced that Melania and Barron would stay in the family's New York City penthouse while Barron finished the school year, and then they'd join the President at the White House.

Last week Stephanie Grisham, the First Lady's communications director, confirmed that the plan was still to move in June, but that no date had been finalized.

Turns out, moving day was today. Melania Trump announced the move on her Facebook and Twitter pages with a simple photo and message.

Melania and Barron have arrived at the White House just in time to celebrate the President's birthday as a family - he turns 71 on June 14.