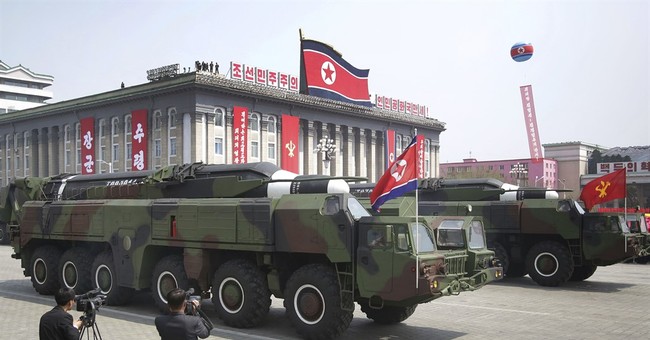 North Korea fired a projectile from a base near Kusong early Sunday, according to the South Korean military. The South Korean news agency Yonhap reported that the projectile is believed to be a ballistic missile.

This is the same location from which North Korea tested an intermediate-range missile earlier this year.

There were no immediate reports about the success of the launch.

US officials confirmed the launch to CBS News national security correspondent David Martin and said they were still determining the exact type of missile and whether the launch was successful, though "the U.S. had been expecting the North to fire a KN-17 medium-range ballistic missile."

"This is totally unacceptable and we strongly protest it. North Korea's missile launch is a serious threat to Japan and clearly violate against the UN resolution."

Newly-elected South Korean president Moon Jae-in called an emergency national security meeting Sunday, but did not comment about the launch.

Japanese Chief Cabinet Secretary Yoshihide Suga said the missile flew about 800 kilometers (500 miles) from a launch site on North Korea's western coast for about 30 minutes and landed in the Sea of Japan, but not inside Japan's exclusive economic zone. Japan's Defense Ministry says the missile likely reached an altitude of 2,000 kilometers (1,240 miles).

Japan's defense minister says the missile test-fired by North Korea might have been a new type given the altitude and duration of its flight.

Defense Minister Tomomi Inada told reporters there is a possibility that it was a new type of ballistic missile, saying it flew Sunday for about 30 minutes and an altitude exceeding 2,000 kilometers (1,240 miles). She says more analysis was needed.