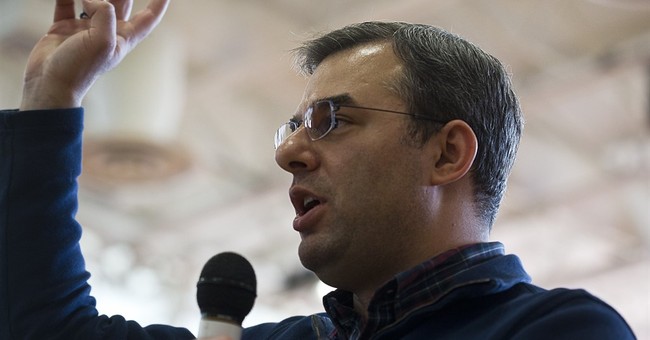 President Trump's Twitter habits are rubbing off on his staff.

.@realDonaldTrump is bringing auto plants & jobs back to Michigan. @justinamash is a big liability.#TrumpTrain, defeat him in primary.

Hold on. Didn't Trump campaign as an outsider, with a plan to "drain the swamp"? Attacking people with the same goal doesn't seem to be very strategically sound.

It might be a violation of the law, too, according to one former White House ethics attorney:

"Look at the official photo on this page. Read the Hatch Act and fire this man NOW. Someone call OSC," Richard Painter, the former ethics attorney in the George W. Bush White House, wrote on Twitter, referring to the Office of Special Counsel, the independent agency charged with monitoring and enforcing the law.

For his part, Amash replied:

Amash trounced his Democratic opponent in November. Attacking a popular native son and incumbent is not likely to go over well in Amash's district, especially since Amash's votes don't deviate from his stated political philosophy or promises to voters.