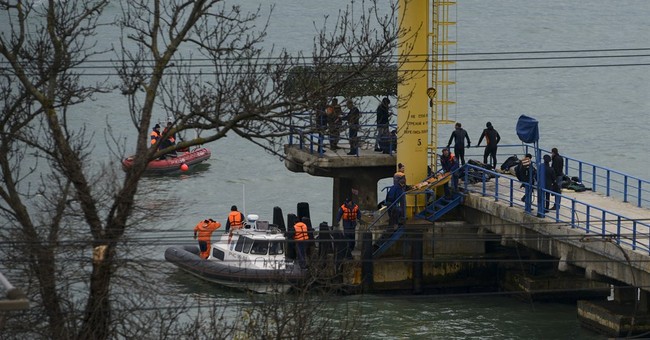 A Russian military plane traveling from Moscow to Syria has crashed into the Black Sea. All 92 people on board are dead. The plane, carrying members of the Alexandrov Ensemble, had made a stop in Sochi to refuel and crashed two minutes after taking off.

"The area of the crash site has been established. No survivors have been spotted," Russian Defence Ministry spokesman Major-General Igor Konashenkov stated.

The aircraft, a Soviet-era Tupolev plane built in 1983, was carrying around 60 members of the Alexandrov Ensemble (also known as the Red Army Choir) to entertain Russian troops stationed at the Hmeymim air base in Syria for the New Year.

The cause of the crash is believed to be due to technical error and not the result of an attack.

Update: Russia's transport minister is saying authorities are exploring all possible reasons for the crash, including terror.