Netanyahu Is Ready To Work With Trump 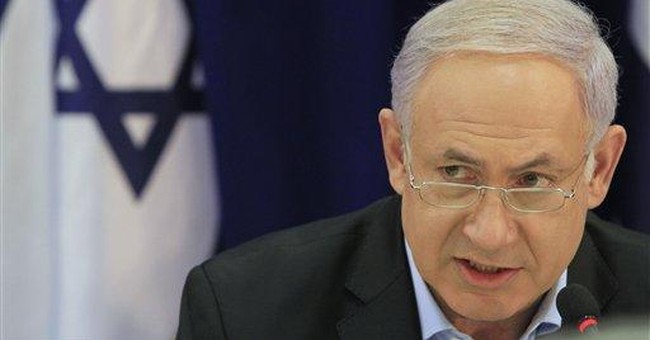 "Israel looks forward to working with President-elect Trump and with all our friends in Congress, Republicans and Democrats alike, to negate the harmful effects of this absurd resolution,” Netanyahu said in a statement.

Netanyahu is livid the U.N. would pass such a resolution, but he’s even more offended that the United States, Israel’s strongest ally, would let such an action happen.

"The Obama administration not only failed to protect Israel against this gang-up at the UN, it colluded with it behind the scenes," he also said.

The relationship between Obama and Netanyahu has always been chilly. They have been at opposite ends of some major international disputes. Bibi (Netanyahu’s nickname) adamantly opposed Obama’s Iran Nuclear Deal. Obama refused to meet with Netanyahu when he addressed Congress last year.

The relationship deteriorated to the point where Obama was essentially in support of Netanyahu’s political challenger during the 2015 Israeli elections.

There is a silver lining for Netanyahu, however. Obama is less than a month away from leaving and his replacement will surely be a change of pace. Trump is much more friendly to Israel and he understands the country’s plight in a hostile Middle East. The president-elect made his own statement following the U.N. vote.

To the chagrin of the Obama administration, Trump had been pushing them to vote against the resolution before it took place. "As the United States has long maintained, peace between the Israelis and the Palestinians will only come through direct negotiations between the parties, and not through the imposition of terms by the United Nations,” Trump said Thursday.

Fortunately for Netanyahu, the inauguration is on January 20th. He can expect different actions by the incoming U.S. ambassador to the United Nations, Nikki Haley.

He may also witness a change of location for the American embassy in Israel.