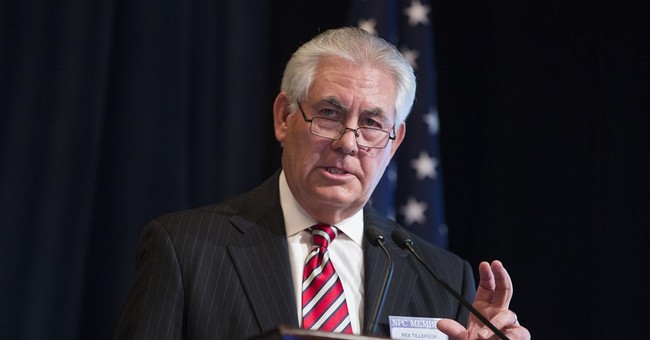 Chief executive officer of Exxon Mobil Rex Tillerson is Trump’s nominee to be the next secretary of state. He will face confirmation hearings in January among members of the Senate Foreign Relations Committee. Per the usual for the confirmation process, Tillerson’s financial disclosure forms will be examined. However, Democrats on the committee are wanting more.

Sen. Cardin is insisting his request is legitimate because Tillerson has never had to release such information before since he’s only worked in the private sector.

“I think it is an important part of vetting this candidate because he has never made public disclosures of this type, as he has worked at ExxonMobil for his entire career and has never been in public service,” Cardin wrote in a letter to Democrats in the committee. “Mr. Tillerson was actively engaged with many foreign governments that could become relevant if confirmed as Secretary of State.”

It is believed Sen. Cardin is hunting for ties between Tillerson and the Russian government. Democrats have argued the nominee is connected to the Kremlin simply because his business interests with Exxon Mobile led him to object to sanctions on Russia.

The chairman of the committee, Sen. Bob Corker of Tennessee, is not on board, however.

“As is long-standing precedent for nominees considered by the Senate Foreign Relations Committee, the committee has not asked Mr. Tillerson to provide copies of his tax returns,” Corker said. “By all accounts, Mr. Tillerson is currently ahead of schedule in providing information to the committee.”

“Our committee will carry out exactly the same procedures for Mr. Tillerson’s nomination that have been carried out since well before I joined the committee 10 years ago,” Corker added.

It’s not looking like Sen. Cardin will have his request granted.