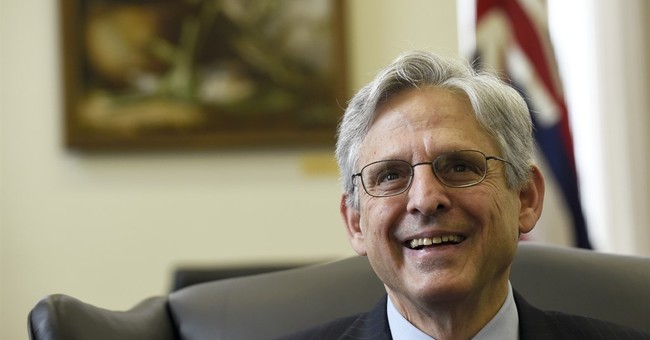 In a sign that Garland knows he won’t be making it to the Supreme Court with Donald Trump headed to the White House, the failed SCOTUS nominee is returning to his old job as Chief Judge of the D.C. Circuit.

The D.C. Circuit website now shows Garland is set to hear three cases on January 18th. He will be presiding over a labor dispute case, a case involving a minor in government custody, and an issue over public access to records. An official with the D.C. Circuit said Garland will be receiving regularly assigned cases in the future.

Following his nomination to the Supreme Court in March, Garland recused himself from most duties as Chief Judge of the D.C. Circuit. However, he did continue to designate judges to certain campaign finance related cases.

After President Obama’s nomination, Garland was unable to make it past committee after Senate Judiciary Committee Chairman Chuck Grassley followed the “Biden Rule” and did not hold a confirmation hearing – wanting to wait for a nominee until after the presidential election.

Technically, his nomination is still pending.

Unfortunately for Garland, his name was not included in Trump's list of possible SCOTUS nominees he plans to choose from.

Why is the Government Using Black Tarps to Hide Illegal Immigrant Men at the Airport?
Katie Pavlich