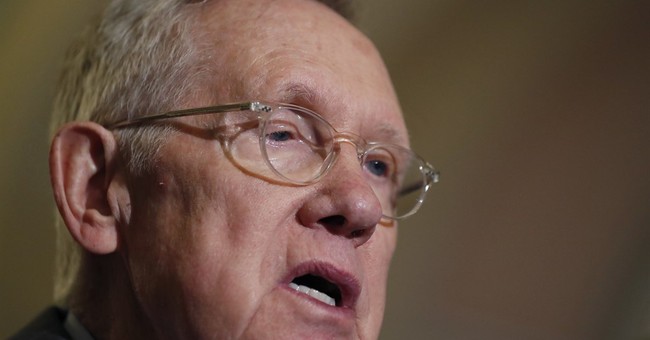 The now retired Harry Reid did not have nice things to say about the status of the DNC under former chairwoman Debbie Wasserman Schultz’s tenure.

"I believe one of the failures of Democratic Party has been the Democratic National Committee, the DNC, has been worthless," the outgoing Democrat told Nevada Public Radio. "They do nothing to help state parties. That should be the main goal they have. I developed everything in Nevada on my own. Their help was relatively meaningless."

It could have been interpreted from some optimists that Reid was simply criticizing the party operation as a whole and not Schultz.

Reid went on, however.

He said during the interview that he hopes the DNC picks someone who can commit to the job full-time, unlike that “congresswoman from Florida” – refusing to even say her name.

He touted his successful operation in Nevada that delivered victory to Hillary Clinton and down-ballot Democrats. Senate hopeful Catherine Cortez Masto secured victory in her race against a Republican congressman. Democrats also made gains in the Nevada legislature.

He is apparently placing the blame on national losses to DNC leadership. He wants to see change in his party.

"We need a full time DNC chair and what they should do — they can take my model if they want — it’s not rocket science. It doesn’t take a lot of brain power to figure out what needs to be done," Reid stated. "They should take a few states every election cycle, maybe three maybe four, and help them develop the infrastructure for good state party organization."