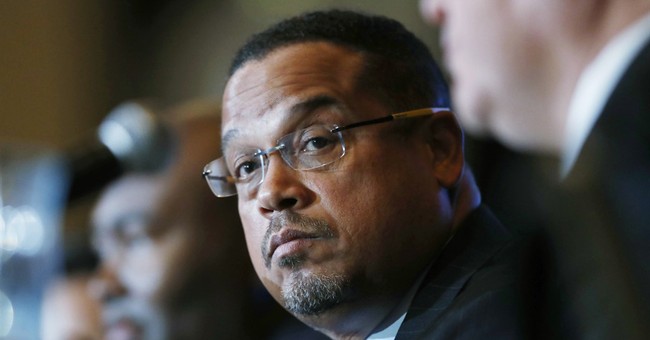 Townhall has written extensively on Rep. Keith Ellison’s fall from grace amid his run for the DNC chairmanship position. He’s already taken heat for past praise of Louis Farrakhan and comments regarding Middle East foreign policy.

Unfortunately for the Minnesota Democrat, more revelations are piling on.

It appears Ellison has been a very forgetful person in past years. He's lost his driver’s license, faced campaign finance violations, and was even sued by the state of Minnesota for forgetting to pay traffic tickets and not paying taxes.

The Minnesota Campaign Finance and Public Disclosure board subpoenaed and fined Ellison for “discrepancies in cash balances, misclassified disbursements and unreported contributions” during his time as a state representative. His wife (at the time) served as his campaign treasurer and took the blame in a post to a local newspaper – citing memory loss as the reason for the discrepancies.

The troubles didn’t end there for Ellison.

During his first congressional run in 2006, the Democrat had to confirm that he had his driver’s license suspended, not once, but multiple times due to unpaid traffic tickets. While happening a while ago, many DNC members are saying they are learning about this for the first time.

Supporters of Ellison’s opponent in the race, Tom Perez, say these issues matter. If Ellison can’t get his own house in order, how will he organize the Democratic Party? They argue it would be used as a major talking point by Republicans if he’s elected as chairman.

“One Republican said to me, ‘You’re going to elect a tax cheat who drives without a license?’” Mulholland, a DNC member, stated. “It’s absurd.”