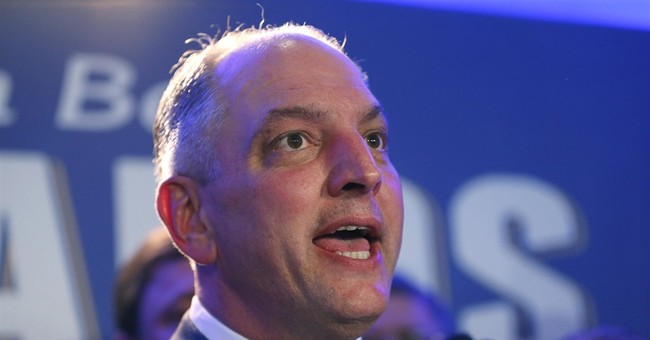 Louisiana will be the first state in the country to provide body cameras to all their state troopers.

Democrat governor John Bel Edwards, along with the head of Louisiana State Police, Col. Mike Edmonson, made the announcement Wednesday morning at the governor’s mansion. The plan to give every member of State Police a body camera will begin in January.

While the recent announcement is breaking, Gov. Edwards is no newcomer to law enforcement reform. Earlier this year, Edwards signed a bill expanding hate crime laws to include police. Dubbed the “Blue Lives Matter” law, the bill made it a hate crime to specifically target police, firefighters and EMS personnel.

It, too, was the first of its kind in the country.

Unlike other national Democrats, Gov. Edwards has been a strong advocate of police and the job they do to protect their communities.