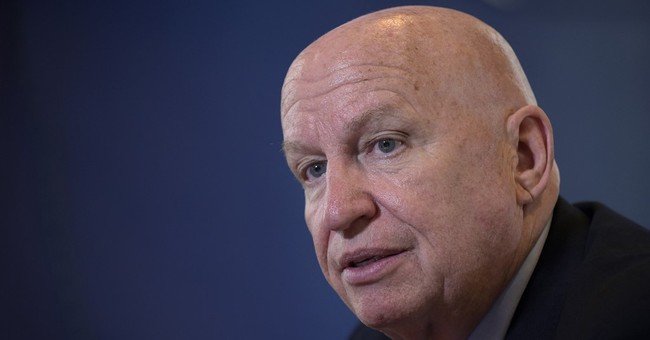 Perhaps in a nod towards Donald Trump’s campaign theme of “America First,” Republicans in the influential House Ways and Means Committee are pushing to end what they are calling the “Made in America” tax on exports.

As part of their entire “Better Way” conservative agenda brought on by Speaker Paul Ryan, committee chairman Kevin Brady and other GOP members in Ways and Means want to do away with taxing American-made exports shipped overseas. They argue it is costing American jobs and creates an environment where foreign-made goods and intellectual property become more competitive.

Chairman Brady (R-TX) explained the reasoning at a meeting with the Heritage Foundation:

“One, it levels the playing field for American-made products. Competition going forward in the future will not be based on the tax code—competition will be based on price and service and quality. Whenever you do that, consumers win.

“Secondly, it allows us to dramatically simplify the international tax code, which is stunningly complex today.

“Thirdly, and perhaps most importantly, combined with lower rates in a territorial system, this provision ensures that we have eliminated every tax incentive to move jobs, innovation, or headquarters overseas. In fact, our goal is not simply to stem the tide and stop businesses in America from locating overseas. Our goal is to bring those investments back … we will become a 21st century magnet for new investment on this planet.”

Expect tax reform to be a major tenet of GOP reform come January. Republican leaders in Capitol Hill have already been working with Trump’s team on a 100-day agenda that will include many, many issues – tax reform being monumental. Speaker Ryan has for ages spoken on the need to change arbitrary American tax laws to make the country more competitive with the rest of the world.

Fortunately, a lot of the measures proposed will coincide with Trump’s winning message of “America First.” Repealing taxes on American-made goods will secure more jobs within American borders – something Trump has been pushing hard.

If the law is changed and manufacturing companies stay because of it, expect more congratulatory visits from the 45th president.