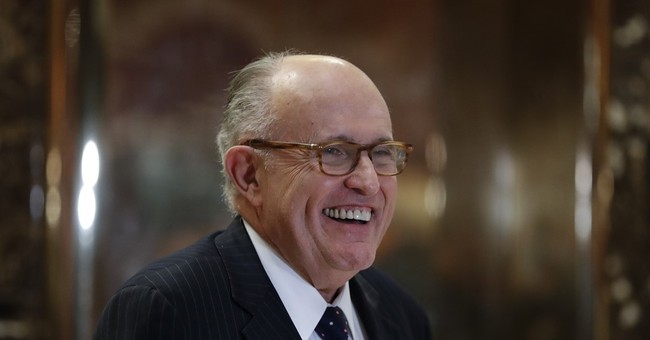 There appears to be no hard feelings from the former mayor of New York City.

Rudy Giuliani, along with Gov. Chris Christie, was passed over for several top positions in the upcoming Trump administration. Giuliani’s failure to obtain a cabinet spot was perplexing due to his loyalty to the president-elect.

Giuliani says he was still offered some positions from Trump.

"He offered me some Cabinet positions, which I'm very, very thankful for. It just didn't work out in terms of my private life,” the former mayor said on “Fox & Friends.”

“He offered me jobs that probably at a different time in my life, I would have taken in a minute. They'd have been a great honor,” Giuliani stated. “I've got a big law firm. I've got a big consulting firm. I am extremely busy. And at 72 years old, there was only one challenge I thought that really was left for me. The others wouldn't have been a challenge.”

Giuliani was heavily considered for two positions: attorney general and secretary of state. The latter position was one he publicly expressed interest in – something that apparently angered Trump while he was considering who to choose.

Giuliani says that his role outside the Trump White House will allow him to speak more freely on issues and events. He is still expressing interest in being a spokesperson for his policies.