McConnell Not Budging: No Select Committee For Russian Hacking 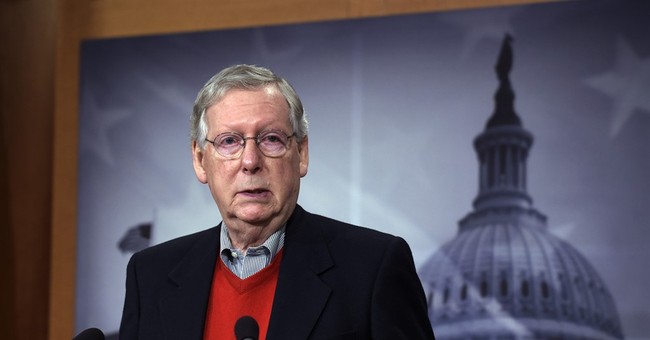 Despite a bipartisan call in the Senate for a select committee to investigate the possibility of Russian cyber-attacks meddling in the U.S. election, Majority Leader Mitch McConnell is holding firm in his belief that the Intelligence Committee is sufficient in looking into the matter.

"We have a Senate Intelligence Committee and a House Intelligence Committee, run by knowledgeable, responsible people," McConnell said in a sit-down interview with Kentucky Educational Television. "There's no question that the Russians were messing around in our election. It is a matter of genuine concern and it needs to be investigated."

"In the Senate, we're gonna investigate that in what we call regular order," he stated. Regular order meaning that the committees already available are enough to investigate Russian hacking – no need for a special committee.

McConnell said the Senate Intelligence Committee is “fully capable of handling this.”

Incoming Senate Minority Leader Chuck Schumer, along with Republicans John McCain and Lindsey Graham, have called for special committee to investigate cyber-attacks and election meddling by the Russian government. The senator from Kentucky believes foul play is at hand, but he is a strong believer in Senate tradition. It’s no real surprise he’s against the proposal.

The Kentucky senator is reluctant in believing the Russians were attempting to influence the election. He pointed to strong cabinet picks by the president-elect.

"If they were trying to elect Donald Trump, my guess is they made a bad investment because look at who he is picking for his Cabinet," McConnell stated, arguing that Gen. James Mattis for secretary of defense and Rep. Mike Pompeo to head the CIA are going to be major headaches for Putin and the Kremlin.