Duterte To Americans: Prepare To Leave 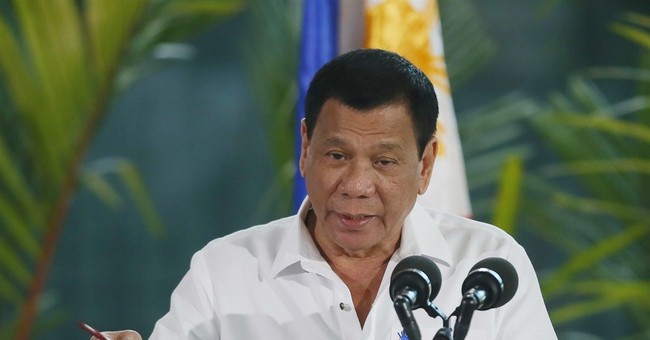 The president of the Philippines is livid at Washington after the Millennium Challenge Corp (an aid agency in the U.S.) voted to defer a decision to fund anti-poverty programs in the country.

“We do not need you,” Duterte said during a news conference. "Bye, bye America and work on the protocols that will eventually move you out of the Philippines… We do not need the money. China said they will provide so many," he continued. "The politics here in Southeast Asia is changing."

The rambunctious leader of the country is upset the aid program may not come to his country. The agency cited human rights concerns as their reason for the delay in a decision. Duterte has been under heavy international criticism for his war on drugs in the Philippines. The war has led to the deaths of many people, and international leaders are questioning his methods.

Duterte called for the repeal of the Visiting Forces Agreement. The agreement, signed in 1998, gives legal status to thousands of U.S. troops stationed in the island-dotted country. The troops perform humanitarian operations and military exercises.

To pressure the Millennium Challenge Corp to continue their humanitarian efforts in the country, Duterte is threatening to tear up the agreement and look to China for support.

However, there may be a thaw in relations coming in the very near future. Duterte is apparently a fan of president-elect Donald Trump.

"I like your mouth, it's like mine, yes Mr. President. We are similar and people with the same feathers flock together,” he said at the press conference.

Perhaps things will change in January.