Keith Ellison Is No Shoo-In For DNC Chair 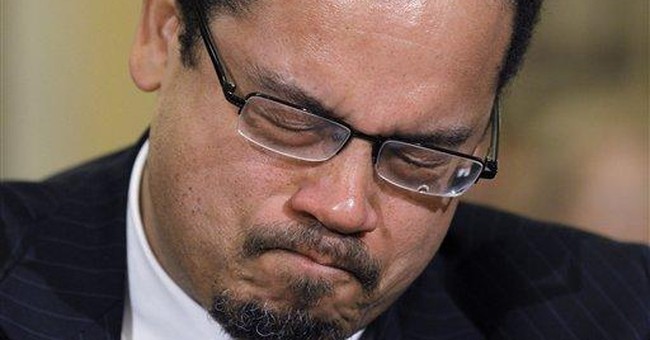 At first glance, it seems Rep. Keith Ellison has a secure lock on his race to become the next DNC chair. The former supporter of Bernie Sanders’ presidential campaign has the backing of progressive heavyweights such as Sen. Elizabeth Warren and Sanders himself. Ellison also has been endorsed by liberal groups such as Democracy for America, Our Revolution, and the AFL-CIO. After former governor Howard Dean dropped out and Ellison promised to vacate his House seat should he win, it seemed the path had cleared for the Democrat from Minnesota.

It may not be as easy for Ellison as you’d think.

A POLITICO survey of the 447 members who will be voting for the next chair in February indicate that, while in the lead, Ellison is far from obtaining the backing of the majority of committee members.

In fact, some DNC members are quite livid with Ellison and his adamant support of Sanders during the Democratic presidential primary. Some long-time Clinton backers believe Sanders’ insurgent campaign helped lead to her defeat in the general.

“Ellison is not the front-runner, Ellison has no chance at all,” said Owens. “I’m a Hillary person. Bill Clinton said, 'I’ll be with you till the last dog dies,' and I’m the last dog. I will not vote for Keith Ellison, I will not vote for a Bernie person. I think they cost Hillary the election and now they’re going to live with Donald Trump. Donald Trump asks, 'what do you have to lose?’ Nothing, except life, liberty, and the pursuit of happiness."

A lot of Democrats are waiting to see what labor secretary Tom Perez will do. He is openly considering joining the fray – he’ll be in a conference call with DNC members this week. He could potentially earn the backing of more centrist Democrats who are weary of Ellison’s ardent progressivism and past comments that some have viewed as anti-Semitic.

Another potential wild card in the race is South Bend, Indiana mayor Pete Buttigieg. Though he doesn't exactly have a household name, the defeat in the Rust Belt states has made national Democrats rethink their focus on the East and West coasts of the country. Buttigieg, who boasts blue and white collar support, would be a good face to attract Middle America as the Democrat Party attempts to rebuild.

The Democratic Party will be without a real leader once Obama leaves the White House, and after the shellacking they took in the 2016 elections, there is no real leader to fill that void until the next DNC chair is picked. Whomever they choose will certainly have a profound effect on their image.

Will they go the more progressive route with Ellison or stay within establishment circles with candidates like Perez?