And Then There Were Two: Race For RNC Chair Thinning 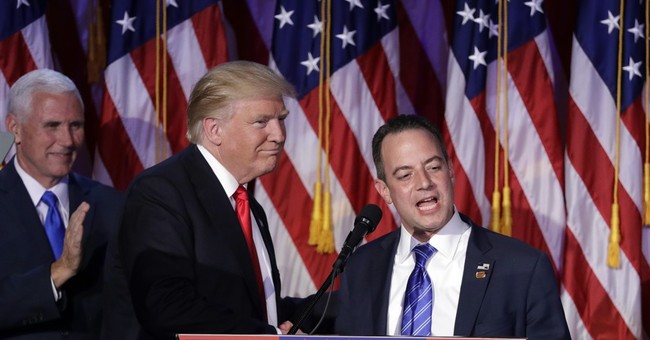 The race to become the next chairman of the Republican National Committee is narrowing. People close to the transition process are saying president-elect Trump could make a decision as early as Friday or Saturday. The choices are between Michigan GOP chairwoman Ronna Romney McDaniel and Georgia political operative Nick Ayers.

The camps behind both candidates are looking like a classic “grassroots vs. establishment” showdown. Whoever Trump chooses may be an indication how he runs his White House.

McDaniel, niece of Gov. Mitt Romney, has the backing of current RNC chair Reince Priebus. Priebus would like a fellow committee member to replace him and credits McDaniel for helping Trump win Michigan.

Ayers has the backing of several major players inside Trump’s orbit. For starters, he is an aide to Gov. Mike Pence. The vice president-elect is lobbying Trump to pick him as successor. Incoming senior advisor Steve Bannon (who actually preferred Mercedes Schlapp at first) is also in support of Ayers for chair. He would like to see an outsider take the helm of the RNC. GOP mega-donor and close confidant to Trump, Rebekah Mercer, is also gunning for Ayers.

Despite seemingly more staffers in Ayers’ corner, sources indicate Trump is leaning towards McDaniel. The president-elect has a personal liking to her and he appreciated her public support of his candidacy even as her uncle was lambasting him. Since he is the current chairman and knows what its takes to lead the party, Priebus' opinion holds more weight as Trump considers his options.

There has been talk of a co-chair compromise. RNC rules dictate if such a co-chairmanship is decided – the leaders would have to be one man and one woman. In this case, that scenario could work for McDaniel and Ayers, but it’s unlikely such a result would take place.

The pick for RNC chair is technically chosen by the 168-member RNC executive committee who will meet in January to decide. However, most every members admit that a Republican president’s endorsement is ciritcal. Numerous members on the committee have said they will vote for whomever Trump chooses.