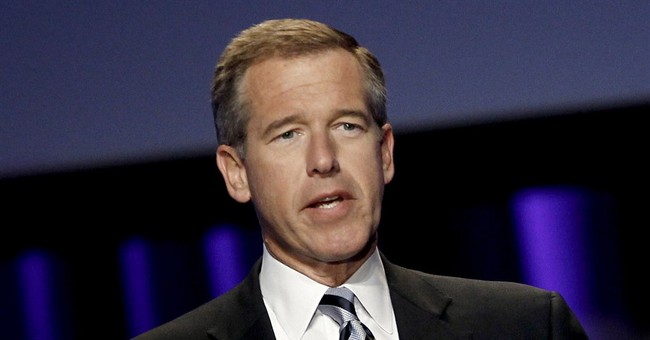 The anchor who lost his job for dishonesty has put Trump’s team on blast for spreading fake news throughout the 2016 campaign. He even suggested the presence of fake news played a role in the election outcome.

Williams took specific aim with retired Lt. Gen. Michael Flynn’s son for tweeting a conspiracy theory story about Hillary Clinton being involved in child sex trafficking earlier this week. The spread of the news prompted one man who took it seriously to fire a shot in a D.C. pizzeria where the alleged crime took place.

Williams went on to accuse Flynn himself and others on the Trump campaign of spreading falsehoods throughout the election.

For those who may have forgotten, Brian Williams was fired from NBC in 2015 after it came to light comments he made about a helicopter ride in 2003 were totally untrue. Williams claimed to be on board of a Chinook helicopter in Iraq that faced fire from enemy forces. In actuality, Williams was with his NBC team in another helicopter about an hour away from where the firefight took place.

After being let go from NBC, Williams was hired by MSNBC several months later as their chief breaking news anchor.