Ellison Plans to Leave Congress If He Wins DNC Chair 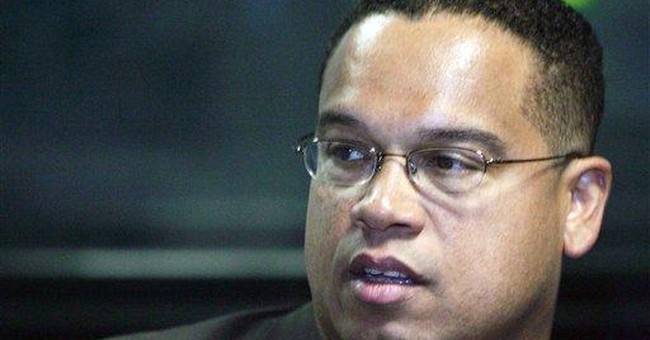 Rep. Keith Ellison made the announcement Wednesday that he would resign from Congress if he wins the race to become the next Democratic Party chairman.

"In order to further their commitment and maximize my effectiveness, I have decided to resign as a member of Congress if I win the election for DNC chair," Ellison said. "Whoever wins the DNC chair race faces a lot of work, travel, planning and resource raising. I will be 'all-in' to meet the challenge."

Ellison had apparently promised in a closed-door meeting with ALF-CIO members that he was willing to work as DNC chair full-time back in November, but until now was reluctant to make a public commitment.

The statement comes as many in the Democratic Party believe the next chairman needs to commit full-time to the job. Rep. Debbie Wasserman Shultz, the previous chair, served as a U.S. congresswoman while leading the party. Many suggested her two jobs resulted in her not giving proper attention to party matters – attributing to the loss Democrats took nationwide. She was even seen as using her position as chairwoman to enhance her own personal interests as a congresswoman.

Ellison has seemingly been leading the race to lead the Democratic Party, especially now with former Vermont governor (and former chair) Howard Dean dropping out. Like Shultz however, Ellison currently serves in Congress. His candidacy has been criticized due to a potential clash of commitments.

The representative from Minnesota and the first Muslim member of Congress put those concerns to rest this week as he promises to put all his eggs in one basket. However, can he overcome controversial comments he made in the past that some have claimed are anti-semitic?

The election will take place in early 2017.